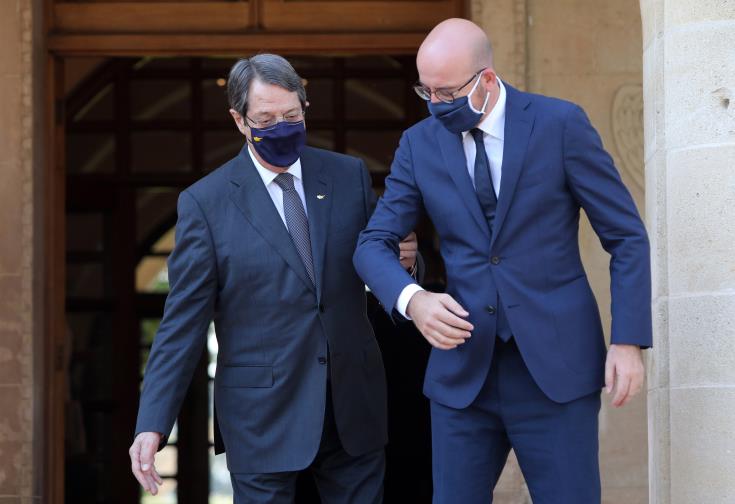 President of the European Council Charles Michel on Wednesday began talks in Nicosia with President Nicos Anastasiades as Turkey escalates tension in the Eastern Mediterranean region. And diplomatic activity to defuse the crisis is high.

Statements to the press will be made as soon as talks were over, an official announcement said.

The talks come days only before a crucial Special European Council, on September 24, which is to focus on developments in the Eastern Mediterranean and EU-Turkey relations with proposed sanctions against Ankara high on the agenda.

Deputy government spokesman Panayiotis Sentonas has already said that Michel’s visit comes on top of several important meetings of government officials, including the US Secretary of State and the Foreign Minister of Russia.

EU leaders discussed during a video conference on August 19, 2020, the situation in the Eastern Mediterranean and relations with Turkey, with Michel stating that the bloc is increasingly concerned about growing tensions and stresses the urgent need to de-escalate.

EU leaders also expressed full solidarity with Greece and Cyprus and reaffirmed their previous conclusions on the illegal drilling activities of Turkey.

Michel who was in Athens on Tuesday met with Greek Prime Minister Kyriacos Mitsotakis and other officials.

By Annie Charalambous
Previous articleRefugees, asylum seekers, migrants get vocational training
Next articleFrench initiative is last chance to save Lebanon