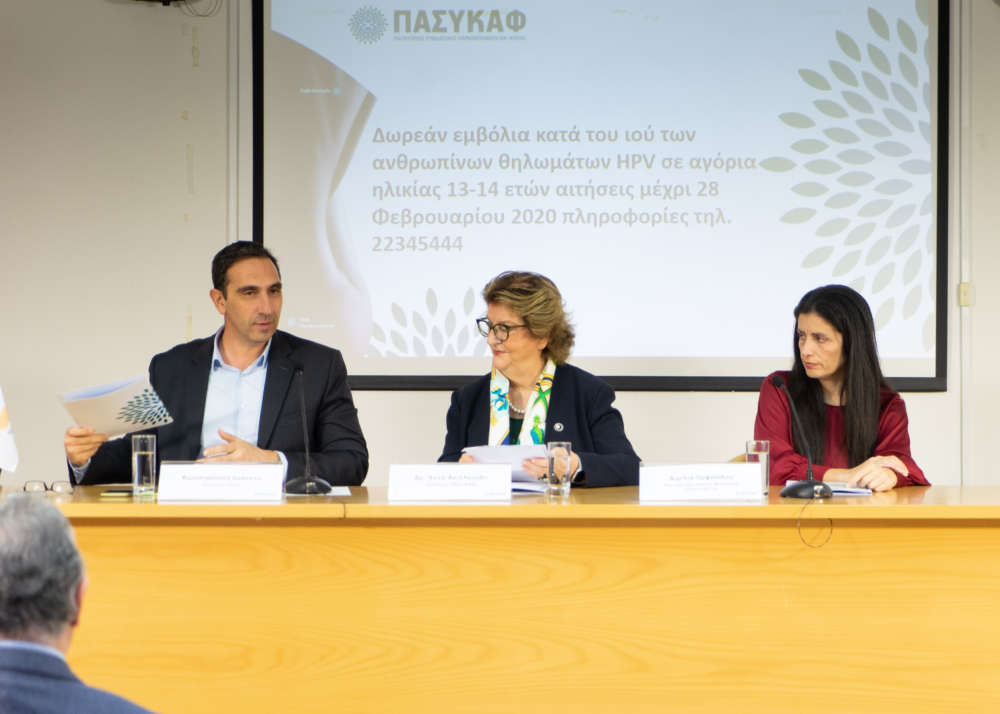 He was speaking at a press conference called within the framework of this year’s European Cervical Cancer Prevention Week taking place from January 20 to January 26.

At the press conference organised by NGO Pasykaf (The Cyprus Association of Cancer Patients and Friends), Ioannou said that this annual event is an opportunity to inform the public and raise awareness on the illness, and is also a chance to review where we are on the matter and set new goals aiming to prevent new cervical cancer cases — the fourth most common cancer in women globally.

The Minister described these figures as worrisome, given that cervical cancer is treatable if diagnosed in time.

In Cyprus, 35 new cases are recorded per year, while the number of deaths appears to have increased; eight deaths on average were recorded each year from 2010-2014, while in 2015 and 2016 14 and 13 deaths were recorded respectively. Most cases concern women of reproductive age, between 35 and 50 years.

Ioannou said that the numbers are a wake-up call for adopting the latest European and international practices to offer women the information and services they need for prevention. With this in mind, he said that the Health Ministry compiled an action plan against HPV and cervical cancer and has implemented a programme promoting a healthy lifestyle and providing information on the value of HPV vaccines and the Pap test.

80% of deaths caused by cervical cancer occur in women that have not been vaccinated, most of them from underdeveloped countries.

It was also mentioned that the vaccinations against HPV had been incorporated in the Ministry’s vaccination programme as from the 2016-2017 school year with 3,063 girls in the 1st grade of lower secondary school vaccinated. The aim now is to expand the programme further.

Ioannou concluded saying that a national strategy on cancer has been put together by the competent committee, and together with campaigns promoting preventive checks amongst women, he is confident that incidents can be reduced and gradually eradicated.