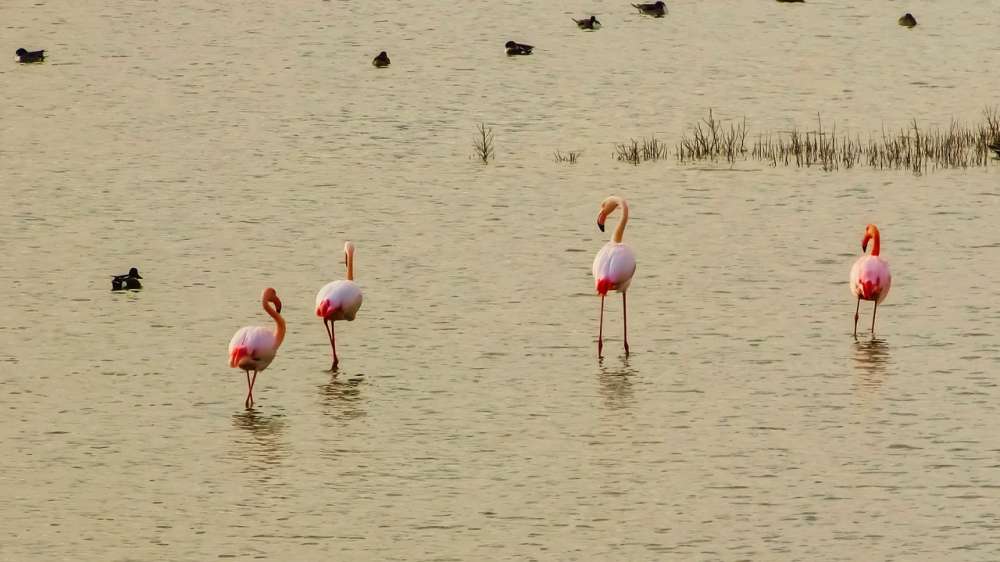 Euronews  has published a story on the flamingos who visit Cyprus’ lakes every winter.

“Greater Flamingo, the largest of six species of the pink bird, have returned en masse to Cyprus. Flamingos return each winter to feed on shrimp in Cyprus’ salt lakes,” Euronews writes.

According to BirdLife Cyprus, the birds fly to the island from their breeding grounds in the Middle East and southern Europe – mainly Turkey, Iran, Israel, France and Spain.

However, as euronews writes, recent extended droughts “have led to the birds skipping Cyprus all together.”

If water levels are not high enough, they fly on to African wetlands.

It seems that recent rains has led the flamingos to choose to spend their winter holidays in our island and feast on some Cypriot shrimp.