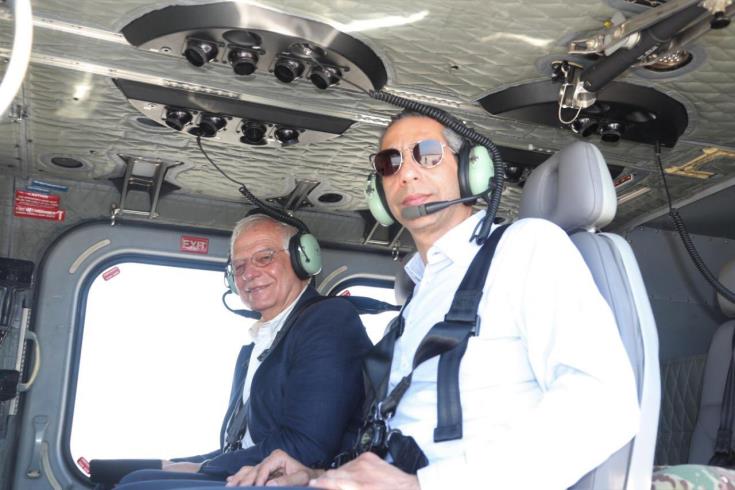 Angelides posted a photo with Borrell on Twitter aboard the helicopter expressing thanks to the European External Action Service and the European Commission for their support and solidarity.

“Flying with Josep Borrell to observe the situation in Cyprus` EEZ. Thanks eu_eeas and EU_Commission for the support and the solidarity. Cyprus has a key role to implement the #EU Global strategy in the region preserving the International Law,” Angelides said in his tweet.

Flying🚁with @JosepBorrellF to observe the situation in #Cyprus EEZ. Thanks @eu_eeas & @EU_Commission for the #support & the #solidarity. Cyprus has a key role to implement the #EU Global strategy in the region preserving the International Law.
🇨🇾🤝🇪🇺 @EUCYPRUS pic.twitter.com/9GwpmEFJh5