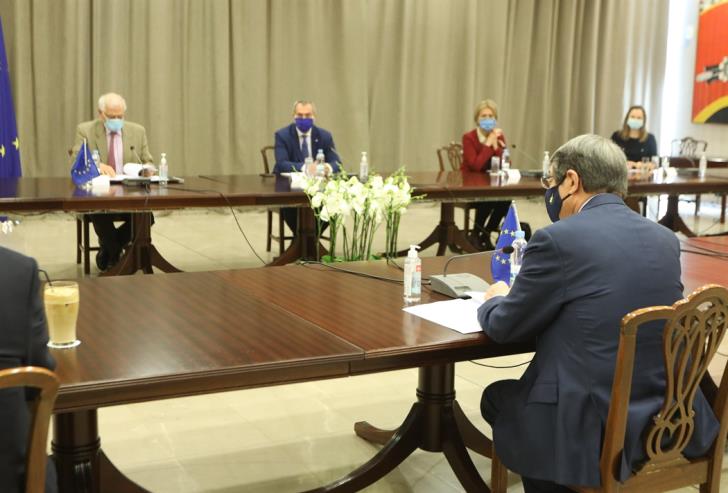 EU High Representative for Foreign Affairs and Security Policy Josep Borrell left Cyprus on Saturday after sending the message that the bloc is strongly committed to supporting the upcoming UN-brokered talks on the Cyprus issue.

“The upcoming UN informal 5+1 talks provide an opportunity towards an urgently needed resumption of talks. The EU is strongly committed to support these efforts,” he said in a tweet after talks in Nicosia on Friday.

He then crossed to the breakaway north to meet with Turkish Cypriot leader Ersin Tatar.

“The UN work on the ground is essential for confidence building,” Borrell also said after his meeting with Spehar.

UN Secretary-General Antonio Guterres will convene an informal summit on Cyprus on April 27 to 29 in Geneva, Switzerland, aiming at deciding the terms and modalities of renewed Cyprus negotiations.

Participants will be leaders of the Greek and Turkish Cypriot communities and representatives of Greece, Turkey and the United Kingdom, the three “guarantor powers” that signed a 1960 treaty that led to the independence of Cyprus and the establishment of the Cypriot state.

Borrell has said that the EU remains an observer to the Conference on EU-member Cyprus so as to provide whatever assistance necessary.

The EU official had held talks with the leaders of the Greek and Turkish Cypriot communities.

Cyprus is divided since a 1974 invasion by Turkey which still occupies the northern part of the island in full violation of UN resolutions.