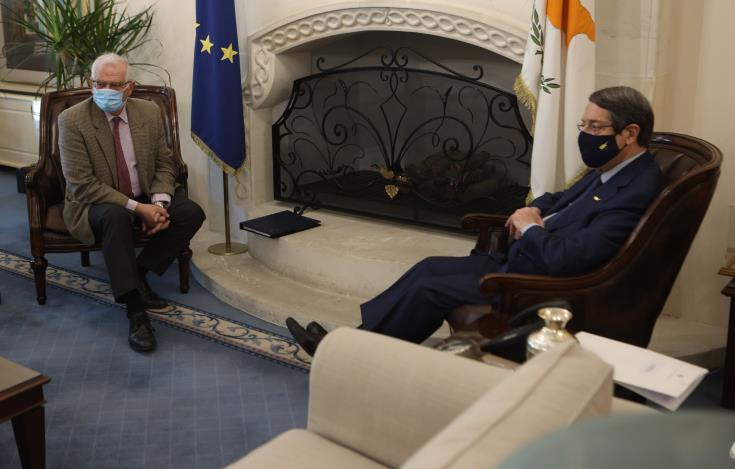 The EU is strongly committed to support efforts for the resumption of Cyprus talks, its High Representative, Josep Borrell said after a meeting on Friday morning with the UN Secretary-General`s Special Representative in Cyprus, Elizabeth Spehar, at the UN offices in Nicosia UN protected area.

Borrell said in a post on his Twitter account that he started his mission to Cyprus with a debrief by the UN. “The UN work on the ground is essential for confidence building. Upcoming UN informal 5+1 talks provide an opportunity towards an urgently needed resumption of talks,” he added.

Moreover, he stressed that “the EU is strongly committed to support these efforts.”