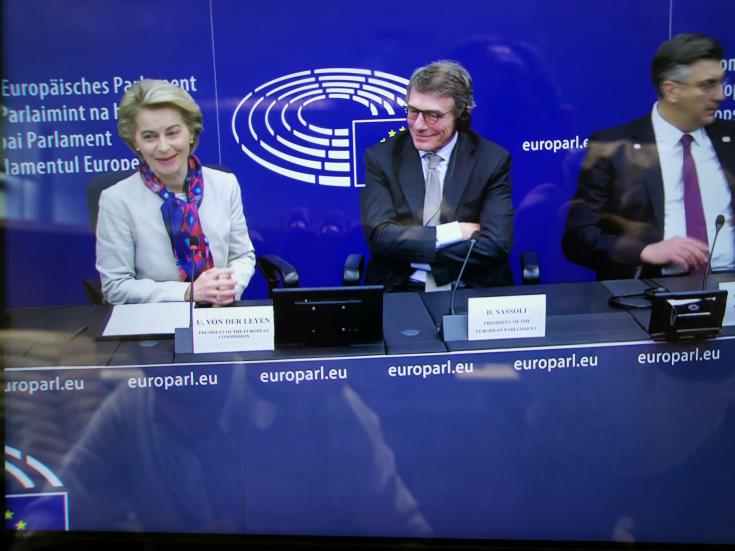 The EU cannot accept the behaviour of Turkey and will stand strongly by the side of Cyprus, European Commission President Ursula von der Leyen said on Tuesday, while Andrej Plenkovic, Prime Minister of Croatia whose country holds the EU rotating presidency, said policy will remain within the context of EU Council conclusions.

On June 20, the EU Summit voiced “serious concerns” over Turkey’s current illegal drilling activities in the Eastern Mediterranean and deplored that Turkey has not yet responded to the EU’s repeated calls to cease illegal drillings in the Cyprus EEZ. EU leaders called on the EU External Action Service to submit options for appropriate measures without delay, including targeted measures.

“We stand very strongly by the side of our member state, Cyprus. It is very important to support Cyprus in this matter, we cannot accept the behaviour we see by Turkey in this matter,” von der Leyen said, replying to questions during a press conference with Croatia PM Andrej Plenkovic.

On his part, Plenkovic said that “our policy will remain within the framework of the European Council conclusions as well as the earlier conclusions on the level of the Council.”

“So, nothing will go ultra vires from the line which was taken,” he concluded.

Cyprus has been divided since 1974 when Turkey invaded and occupied its northern third.
(Cyprus News Agency)