EU must send a clear and concrete message to Turkey, Greek FM says 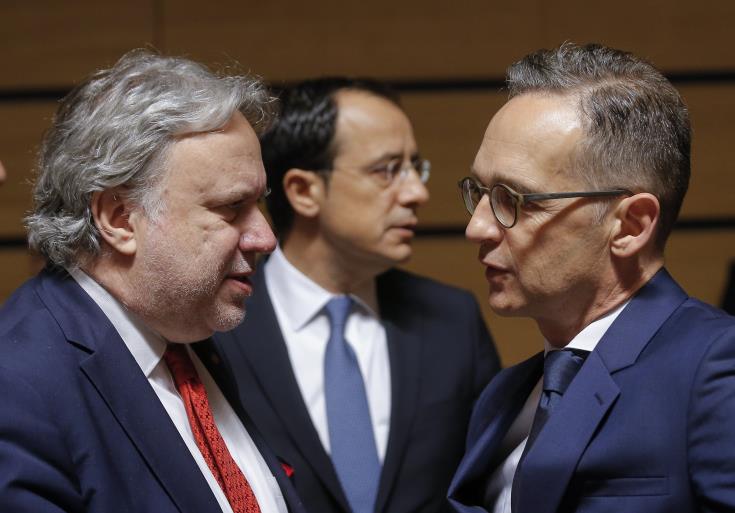 In the context of the EU Foreign Affairs Council, held on Monday, June 17, in Luxembourg, Greek Foreign Ministers of Greece and Cyprus proceeded jointly to a systematic coordination of their positions regarding Turkey’s illegal actions in the Eastern Mediterranean and more specifically in the Cyprus’ Exclusive Economic Zone (EEZ).

In his statement, Greek Foreign Minister Giorgos Katrougalos underlined that the European Council since 2018 has denounced Turkish actions as illegal and incompatible with the International Law, calling on Turkey to restrain from such provocations. He also stressed that it is time that the European Union, as a whole, sends a clear and concrete message to Turkey to stop these illegal and provocative actions.

During his speech, Katrougalos stressed that EU’s action towards Turkish provocations is not just an expression of solidarity towards Cyprus, but rather a necessary precondition for the protection of the International Law and of EU’s interests, as the EEZ of each member-state is an EEZ of the European Union as well.

He also underlined that the Republic of Cyprus has fulfilled all the obligations arising from the Law of the Sea and the Convention of Montego Bay.