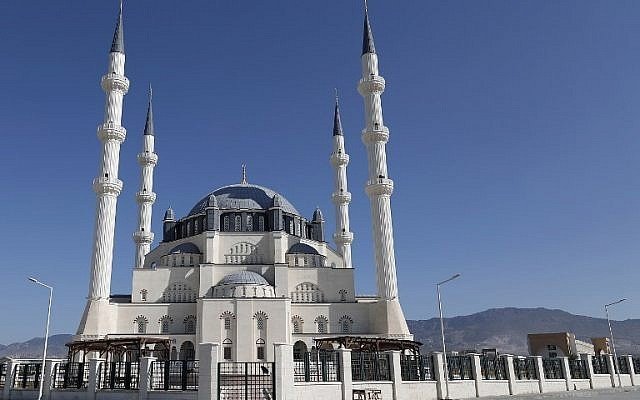 Turkish President Recep Tayyip Erdogan is due in Turkish occupied north Cyprus on Tuesday where he will attend the opening ceremony of a giant mosque in Mia Mila.

Built in classic Ottoman style, the 3,000-capacity mosque with its four minarets has fuelled concern among some Turkish Cypriots that their secular society is under increasing dominance from Ankara.

“The Turkish Cypriot community is secular. We are not a fundamentalist Islamist community.”

“Our identity is based on Cyprus. We have a lot of common identity with Greek Cypriots, and Armenians and Maronites, all of which have a presence on the island,” he added.

“What Erdogan is trying to do is to annex the north, to build another identity… They are trying to make us good Muslims for their way of life, and pure Turks as they wish to see us.”

Last week members of Elcil’s teachers union demonstrated against the mosque under the slogan “put schools and hospitals first.”

“What our country needs is science, education and health, (but) priority is being given to investments in religion,” demonstrators said in a statement.

The Hala Sultan mosque is the centerpiece of a string of Turkish-funded projects in the same area, including an Islamic high school.

Hala Sultan is a sized-down copy of the Selimiye mosque in Edirne, Turkey, built during the Ottoman empire reputedly with tax revenues collected in Cyprus.