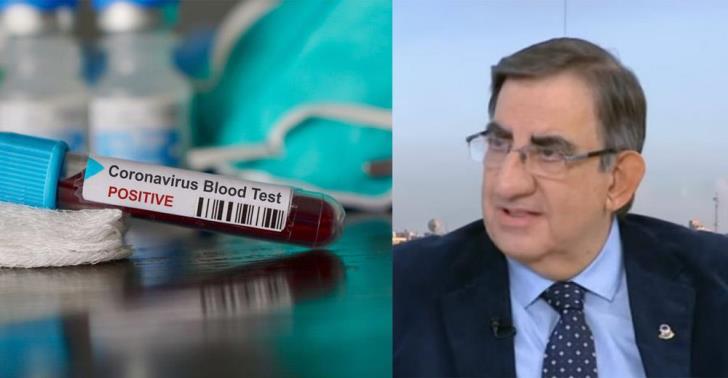 Epidemiologist Dr Michalis Voniatis has told CNA that he expects a drop of new coronavirus cases by the end of the month and urged the public to comply with the measures announced by the government.

In statements to CNA, Dr. Voniatis said that the situation as it is today is quite serious, in the sense that the virus circulates in the community and clusters can not be fully detected.

We expect, he said, that the measures taken so far will bear results, as the majority of cases was recorded in the districts of Limassol and Pafos where stricter measures are now in place.

“So we hope to see some improvement in the next ten days” he went on to say.

But he said that the fact that the number of cases recorded on Sunday was relatively lower compared to the previous days, is not enough and explained that there have to be consecutive days, four or five days in a row with a significant downward trend.

We hope to achieve two digit numbers of cases in the coming days until the end of the month, he said, noting that this will depend on the discipline demonstrated by the people.

As regards the Christmas holidays, he said that Christmas this year would not be the same  and expressed the view that there will be restrictive measures in place.  Dr Voniatis said that we have to accept this reality so that we can achieve lower rates of contamination and fatalities in the coming months until vaccination becomes possible.

Asked until when does he expect restrictive measures to be implemented, he said “at least until July”. It all depends on the vaccine and how fast vaccinations will be carried out so that there is immunity in the community, he concluded.

By gavriella
Previous articleSpokesman: Mass applications for properties would pose risks for prospects of Cyprus solution
Next articleOvercrowding in Limassol for COVID-19 test (PHOTOS)