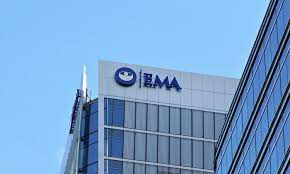 EMA’s safety committee (PRAC) has concluded that there is no evidence Zynteglo causes a blood cancer known as acute myeloid leukaemia (AML).

Zynteglo, a gene therapy for the blood disorder beta thalassaemia, uses a viral vector (or modified virus) to deliver a working gene into the patient’s blood cells.

The PRAC reviewed two cases of AML in patients treated with an investigational medicine, bb1111, in a clinical trial for sickle cell disease. Although there have been no reports of AML with Zynteglo, both medicines use the same viral vector and there was a concern that the vector may be implicated in the development of the cancer (insertional oncogenesis).

After examining all the evidence, the PRAC concluded that more plausible explanations for the AML cases included the conditioning treatment the patients received to clear out bone marrow cells and the higher risk of blood cancer in people with sickle cell disease.

The PRAC has also updated its recommendations for monitoring patients. Healthcare professionals should now check their patients for signs of blood cancers at least once a year for 15 years.[1]

The Committee, which worked closely with experts from the Committee for Advanced Therapies (CAT), concluded that the benefits of Zynteglo continue to outweigh its risks. As for all medicines, the PRAC will monitor any new data on its safety and update advice for patients and healthcare professionals when necessary.

Zynteglo is a one-time treatment for a blood disorder known as beta thalassaemia in patients 12 years and older who require regular blood transfusions.

To make Zynteglo, the stem cells taken from the patient’s blood are modified by a virus that carries working copies of the beta-globin gene into the cells. When these modified cells are given back to the patient, they are transported in the bloodstream to the bone marrow where they start to make healthy red blood cells that produce beta-globin. The effects of Zynteglo are expected to last for the patient’s lifetime.

Zynteglo was granted conditional marketing authorisation in May 2019. The conditional authorisation means that there is more evidence to come about the medicine, which the company will provide. EMA regularly reviews new information that becomes available.

The review was first carried out by the Pharmacovigilance Risk Assessment Committee (PRAC), the Committee responsible for the evaluation of safety issues for human medicines, which worked closely with experts from the Committee for Advanced Therapies (CAT).

The PRAC recommendations will now be sent to the CAT and subsequently to the Committee for Medicinal Products for Human Use (CHMP), responsible for questions concerning medicines for human use, which will adopt the Agency’s opinion. The final stage of the review procedure is the adoption by the European Commission of a legally binding decision applicable in all EU Member States.