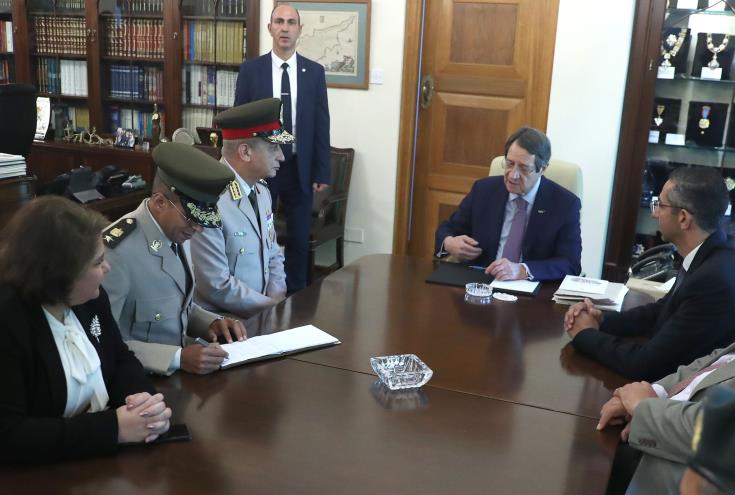 The next Trilateral Cyprus-Greece-Egypt Summit will take place in Egypt on October 8, Cyprus’ Defence Minister Savvas Angelides announced on Wednesday.

Angelides attended in the morning a meeting at the Presidential Palace in Nicosia between the President of Cyprus Nicos Anastasiades and the Defence Minister of Egypt, Mohamed Ahmed Zaki, who is on an official visit to Cyprus.

Speaking after the meeting, Angelides said that Nicosia and Cairo were upgrading their defence and security relations. He also spoke about their cooperation in sharing intelligence on terrorism and energy security issues.

The meeting confirmed “our existing cooperation and the upgrading of Cyprus-Egypt relations, also in security and defence matters,” the Minister said.

He added that cooperation aims at ensuring stability and security in the Eastern Mediterranean and noted that the issue of energy security is also relevant. “We continue upgrading the development of those relations” the Minister said.

He also said that during the meeting with President Anastasiades and his Egyptian counterpart, they also referred to the next Trilateral Summit, which will take place on October 8, in Egypt.

We are constantly upgrading both our bilateral relations and our trilateral cooperation with Egypt and Greece, on matters of military nature, the Minister concluded.