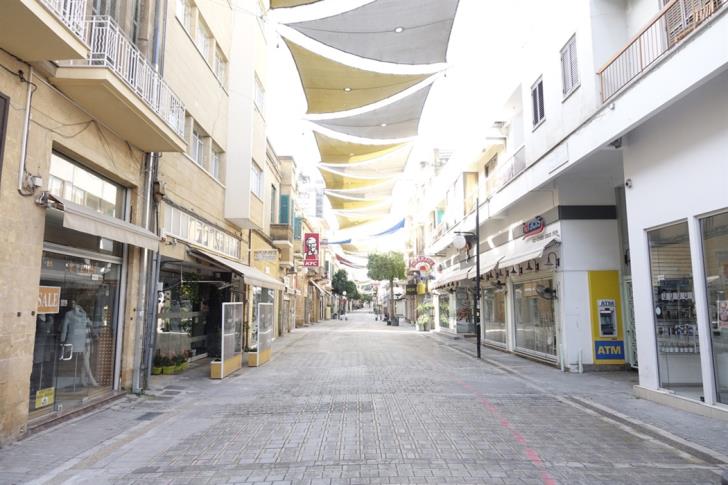 Interior Minister Nicos Nouris on Saturday again cautioned the general public to show discipline and adhere to social distancing rules as Cyprus prepares for stage one of its lockdown exit.

More than 25,000 retail shops will reopen on Monday after nearly two months, but with strict rules to protect employees and customers.

13 guidelines for operation of small shops

Under phase one of the relaxation of the measures, construction sites will also open as will travel agents and farmers’ markets.

The general public will see their daily allowance for  ‘movements by way of exception’  rise to three from one, but again with the use of the 8998 service, while the curfew will start an hour later at 10 pm.

Nouris had yesterday posted a photograph of people standing on a coastal promenade to warn that Cyprus risked regressing if the rules are not adhered to.

Asked on CyBC whether he had more such photographs, Nouris said that he did but that the point was that even before the easing of the restrictions on May 4 there were phenomena which were not in line with what we want.

“Hopefully these are isolated cases,” he said.

Nouris said the gradual relaxation of the measures must be done carefully, with strict adherence to safety and health protocols.

“We have had good results so far because overall there was compliance with the measures. But this must continue,” he said.

Minister: ‘This is not what we want to see’

Although the gradual relaxation aimed a return to normality, the public’s behaviour must continue to be ‘self-restricting’, the minister added.

“If we are not disciplined we may regress. Every stage in the exit strategy is based on the results of epidemiological data. We anticipate a small increase in the number of positive cases once the measures are partially relaxed but these numbers must be manageable, and if they appear to be getting out of control we will have to go back to strict measures,” he warned.

With the opening of shops on Monday, state employees from other departments and municipal traffic wardens will be boosting labour inspectors and police in carrying out checks on compliance with the decrees by the business and customers.

“The public must understand that the checks are protective, not punitive,” Nouris said.

“We will continue our checks on members of the public as regards movement by exception and we will increase our checks at premises,” he said.

“In view of the relaxation of the measures, everyone should show more discipline,” he added.

By In Cyprus
Previous article
Covid-19 cases at Larnaca supermarket, Nicosia restaurant
Next article
Free at last! Spaniards get outside to exercise after 49 days of lockdown