EAC president: Use of LNG the only option to diversify energy mix and avoid fines 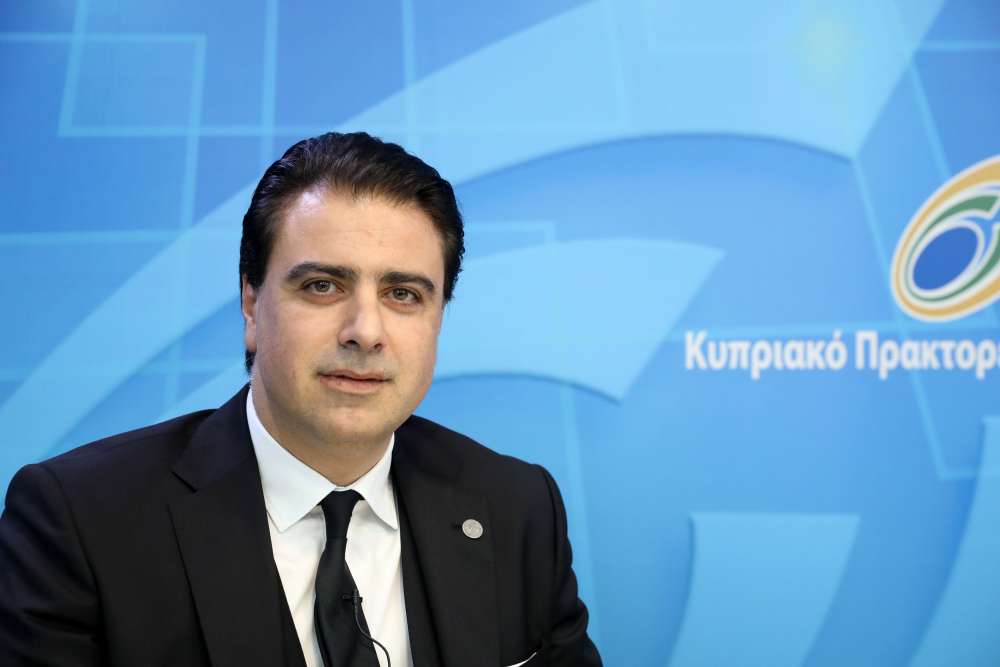 The use  of liquified natural gas (LNG) for electricity generation is the only option for Cyprus to diversify its energy mix and avoid stricter fines on emissions from power generation, President of the Cyprus Electricity Authority Andreas Marangos has said.

In an interview with CNA, Marangos stressed that the EAC is ready for the two major challenges Cyprus is facing, namely the liberalisation of the electricity market and the use of natural gas for electricity generation.

The EAC President acknowledged that fluctuations in the electricity bills which often cause reaction from citizens and companies “are a reality” depended on international oil prices, as 90% of power generation is depended on imported liquid fuel.

“The way to have lower and more stable prices is the introduction of natural gas in energy generation. A reduction in the electricity bills will depend on the natural gas purchase price but also on the introduction of solar plants and renewable source of energy to the system,” he said, as the Cyprus Natural Gas Company has launched a call for tenders for LNG import terminal.

Marangos said Cyprus is a sun island. “Therefore, we should exploit as much as we can this God’s gift,” he said.

Maragnos explained that the use of natural gas is necessary not only on the grounds of electricity price stability but also to avoid increased fines to stricter limits imposed by the EU concerning air pollutant emissions by power plants such as particulate matter and Sulphur dioxide emissions.

He said that the EAC with capital expenditure amounting to millions of euros has implemented anti-pollutant technologies to reduce Sulphur emissions and to curtail particulate matter “but that is not enough.”

“The use of natural gas is a one-way street,” Marangos stressed, noting that “if we fail to use natural gas, we will be forced to buy low Sulphur diesel which is very expensive.”

“Therefore,” he went on to say, “with the introduction of natural gas we could achieve two aims: cheaper fuel and lower emissions.”

Following a decision by the Council of Ministers, the EAC will participate with a holding of up to 30% to the Natural Gas Infrastructure Company, a subsidiary of DEFA, which will be responsible for the LNG import terminal in Vasilico.

The project is estimated to cost €300 million, while €101 million will be provided by EU funds, EAC will cover approximately €100 million, while the European Investment Bank is expected to provide financing for the remaining amount.

Furthermore, DEFA is expected to launch a separate tender for the LNG supply contracts. Although Cyprus made numerous efforts to import LNG for power generation, so far efforts failed due to high prices. DEFA believes that it separating infrastructure from LNG supply contracts will achieve the target of lower LNG price.

“As EAC we have given DEFA every possible assistance so that we could import LNG at the lowest possible price,” Marangos added.

Furthermore, replying to a question, Marangos said following the explosion of ammunition containers that crippled the EAC main power plant in nearby Vasiliko but also the 2013 financial crisis, the Organisation “is a financially viable organisation standing on its own feet one which could implement its development programme with own resources.”

The DEFA plans provide that LNG will be transferred to the Vasilicos FPSO and from there to the nearby EAC power plant.

“EAC aims to decentralise production and not to have all facilities in the area of Vasilikos. We hope that the transfer of LNG to Dhekelia will be made possible,” he added.

He said the EAC is about to concluded the licensing process concerning a 20 Megawatt (MW) solar plant in Akrotiri and has agreed with the Holy Archbishopric on the construction of a solar park in Ahera which could amount to 90 MW, while the organisation has entered an agreement with Ministry of Education to install solar panels in all public schools and will assist the University of Cyprus in the construction of Apollon solar park.

“Our aim is to have stable electricity prices,” he said.

Concerning the liberalisation of the electricity market next year, Marangos said the EAC does not fear competition as this would help it to further improve.

He said that EAC operates as vertically separated organisation while at the directions of CERA is implementing an operational unbundling which stipulates that regulated activities function independently and will have separate accounts.

As he noted, transmission and distribution are considered as monopoly activities, allowing prospective private electricity companies to use the EAC’s network, while Generation and Supply will be considered as competitive activities.

“Therefore, anyone who enters the market will receive equal treatment from the EAC,” he concluded.