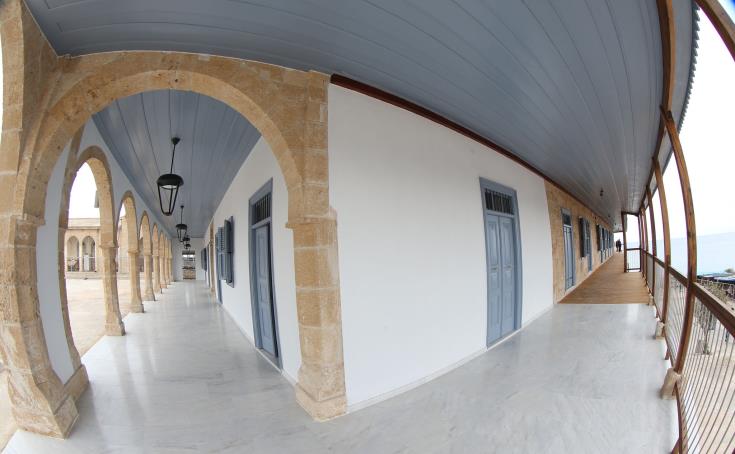 Cabinet will soon approve €500,000 to bolster the work of the technical committee on cultural heritage which plans to spend the money on the conservation of eight monuments, seven of which are in the Turkish-occupied north, a committee representative said on Tuesday.

Hadjidemetriou said that a number of monuments in the Turkish-held north are at risk of collapse and urgent action is needed to save them. This year will see such  work at eight monuments — Ayia Anastasia in Lapithos, Ayios Yiorgios in Vatyli, Ayia Mana in Peristerona Famagusta, Archangelos Michail in Hartzia, Ayios Vasilios in Karakoumi, Ayios Yiorgios at Vathylaka, Panagia tou Mnasi in Morphou and Panagia Katakopia.

The committee has been working to help preserve the island’s cultural heritage on both sides of the Green Line for 11 years. Hadjidemetriou said other planned projects include conserving frescoes and cleaning up cemeteries.

Many associations representing refugees from the Turkish-held north have collected funds to conserve monuments in their villages and efforts are now under way to find additional sums to cover the cost, he added.

On Kyrenia Castle, she clarified that some sections needed preservation, but the castle was not at risk. It was one of five important monuments on the committee’s list of projects.

Michalis Tzortas, chairman of the union of Famagusta refugee communities said that at the current rate, it would take 200 years to repair the churches and monuments because funds were inadequate.

During 2018, the technical committee completed 31 projects, most of them in the occupied areas whereas in 2019, it will complete or start another 13.