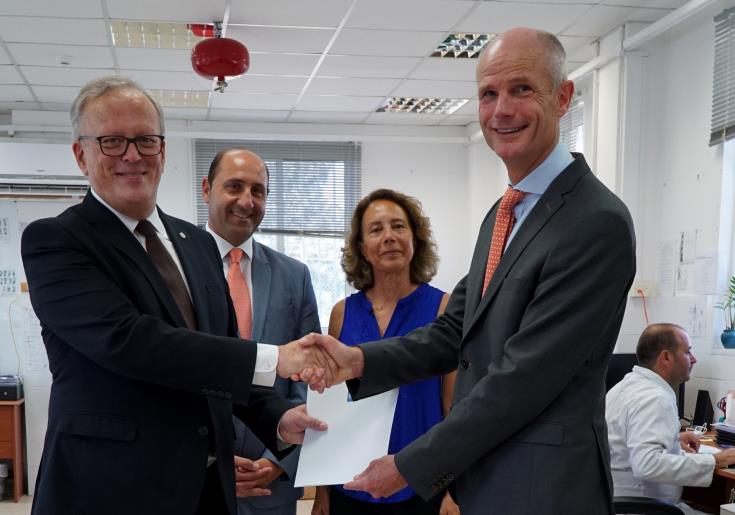 Dutch Foreign Minister  on Thursday Stef Blok visited the Anthropological Laboratory of the Committee on Missing Persons (CMP) accompanied by the the country’s Ambassador.

According to a CMP press release, on this occasion, Minister Blok presented to the CMP Committee Members a €50,000 contribution from his government. The Committee expressed its sincere thanks for this continued and generous Dutch support. This donation brings The Netherlands’ financial assistance to CMP to a total of €672,000 over the past 12 years. The Netherlands is CMP’s fourth largest single donor country.

This contribution to the CMP Project on the Exhumation, Identification and Return of Remains of Missing Persons in Cyprus will support the Committee’s goal of identifying and returning as many remains of missing individuals as possible to bring an end to the uncertainty which has affected so many families for so many years.

So far, 890 missing persons from both communities have been identified and returned to their families for dignified burials.