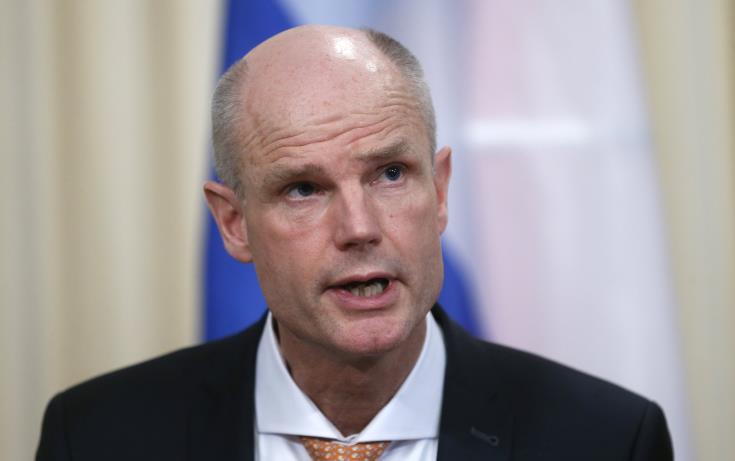 Dutch Foreign Minister Stef Blok will pay a visit to Cyprus on September 6, at the invitation of his Cypriot counterpart Nicos Christodoulides, with whom he will hold talks. The Dutch FM will also be received by the President of the Republic Nicos Anastasiades.

Ambassador of the Netherlands in Cyprus, Nathalie Jaarsma, has told the Cyprus News Agency (CNA) that the Cyprus problem, EU matters and bilateral relations will be on the agenda of Blok`s meetings.

“In addition to the conversation about relevant topics regarding our bilateral relations, which are excellent and include a broad range of areas, it is an opportunity to have in depth consultations about EU matters,” the Ambassador said.

She noted that Brexit will have “an impact on both our economies, more so than in many other EU countries because of our strong links with the UK.”

“Brexit will also have consequences for the future budget of the EU. A smaller EU implies a smaller EU budget is the Dutch view. The new EU budget for which discussions in Brussels are ongoing, offers above all an opportunity to show that the EU is serious about reform – by directing funds to tomorrow’s priorities such as climate change, our collective security, joint control of our external borders, the common migration policy, research and innovation,” the Ambassador added.

Furthermore, she noted that Christodoulides and Blok “will also discuss joint interests such as EMU and the euro, the single market and international trade policy,” stressing that the EU must do better on these issues so that the EU can deliver on its original promise: the promise of sovereign member states working together to help each other achieve greater prosperity, security and stability. Based on solidarity and responsibility.”

Jaarsma said that minister Blok is keen to exchange views on these topics with the government of Cyprus and will also use the visit to be informed about the Cyprus issue, also in the context of the current Dutch temporary seat in the UN Security Council.

“Besides his meetings with the Cypriot Government, minister Blok will meet with UN Secretary General’s Special Representative in Cyprus Elizabeth Spehar and will visit the Committee on Missing Persons whose work the Netherlands hold very dearly because of the importance to the Cypriot people,” the Ambassador concluded.

By In Cyprus
Previous article
Greek PM gives his cabinet a touch-up ahead of 2019 elections
Next article
Total deposits increase by €796m in July, as total loans decrease