Quantities of drugs seized during police operations skyrocketed in 2022, compared to previous years.

Stelios Serghides, deputy commander of the Drug Law Enforcement Unit (Ykan), told Phileleftheros that 340 kilos of cannabis, 38 kilos of cocaine, 3.5 kilos of ecstasy pills, and 4.3 kilos of methamphetamine were seized in Cyprus in 2022.

For comparison purposes, in 2021 authorities seized 240 kilos of cannabis, 15 kilos of cocaine and 3.7 kilos of methamphetamine.

According to Ykan, the main gateways for drugs to get into the country are Larnaca airport, the port of Limassol, post offices and courier companies. 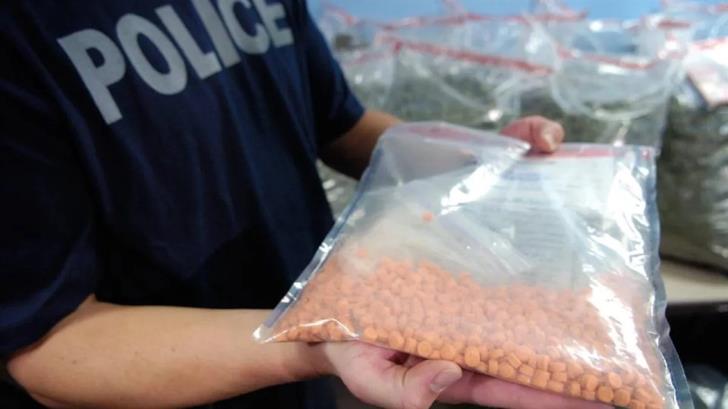 Serghides says that cannabis smugglers have changed their methods and are now attempting to import large quantities of drugs in fewer shipments instead of bringing smaller quantities more often.

“The largest quantities of drugs came to Cyprus from third countries via Central Europe,” Serghides said adding that “based on studies, it seems that there has been an increase in the number of cannabis users in Cyprus.”

Drugs washing up on Cypriot shores

Authorities are investigating how several packages containing over 100 kilograms of cannabis were washed up on the beach both in the free and in the Turkish-held area of Famagusta over the past two weeks.

So far, police have seized 42 kilos of resin cannabis found in packages washed up in Republic of Cyprus-controlled areas, while “authorities” in the occupied north have found over 75 kilos of cannabis.

Police spokesman Christos Andreou on Monday said the drugs washing up in the south and the north may be connected.

And he left open the possibility that someone may have thrown the packets into the sea to get rid of them.

The most likely scenario according to police is that a ship sailing in the Mediterranean off Cyprus unloaded the illegal cargo in order to avoid detection.

Both Interpol and Europol have already been informed about the case by Ykan, while the bicommunal technical committee on crime prevention is also involved in a bid to have an exchange of information.

Mystery prevails over washed up cannabis packages in Famagusta coast