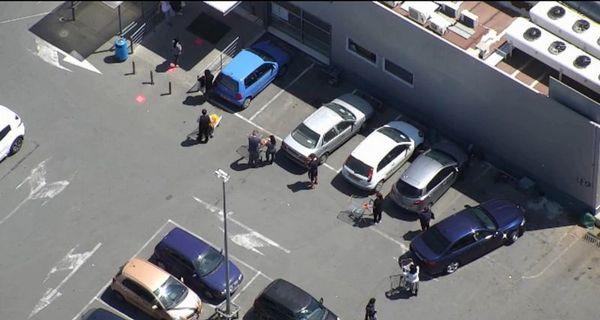 Police are using drones to support patrols enforce compliance with decrees restricting movement that have been introduced to contain the spread of coronavirus.

Police spokesman Christos Andreou said that there are 110 patrol vehicles out today. These are being assisted by drones which were used over the weekend to monitor traffic on the roads and attempts to start Easter bonfires.

Police chief Kyprus Michaelides is due in Limassol to inspect police measures there.

Limassol has tended to show a higher number of violations of the stay at home decree — indicatively of the 119 booked overnight, 47 were in Limassol, CyBC’s Limassol correspondent reported.

In a written announcement, police said its drones are used in towns and the countryside to spot a concentration of people, and thereby assist police patrols.

Police said its drones have also proved useful in other police operations such as search and rescue, monitoring the road network for traffic and policing sport events.

Use of the cameras fitted on the drones is in consultation with the office of the personal data protection commissioner, while permission for the drone flight is obtained from the Department of Civil Aviation, the announcement concluded.

By In Cyprus
Previous articleIn Russia, a black market for HIV drug to try on coronavirus
Next articleGermany to grant rescue liquidity for carrier Condor -sources