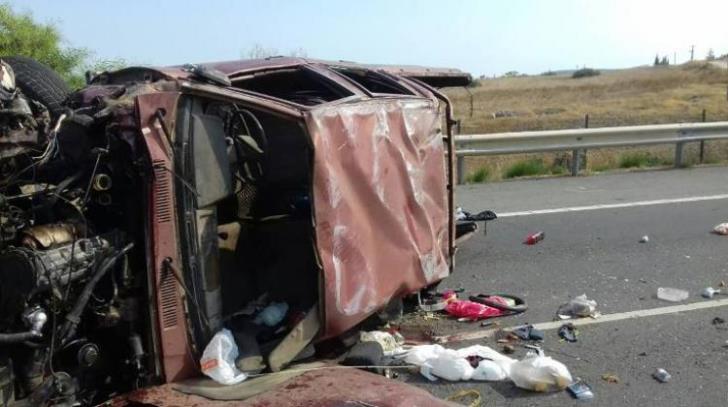 A driver involved in a fatal collision which led to the death of a five year old girl on the Ayia Napa – Larnaca motorway on June 25 was on Friday jailed for two and half years. He was also stripped of his driving licence for four years and given 10 points on his licence.

A request from defence attorneys that the jail sentence be suspended was rejected by the court.

The 35 year old Bulgarian had pleaded guilty to a fatal collision which led to the death of the child. Penchev Milen Stefanov’s car rammed into the back of double cabin truck carrying a family of five. The family’s car skidded and overturned, killing Maria Christina Demetriou 5 and injuring her  mother and two brothers.

He told police that he had fallen asleep at the wheel.

She said Stefanov was taking stress reducing and sleeping pills, and appeared to have used heroin a few days before the accident.  On the day of the accident, he was heading to the psychiatrist to discuss the side effects from the medicine he was taking, including drowsiness, but missed his exit to Oroklini.

The court noted that the driver had admitted to falling asleep at the wheel and lost control of the car, taking responsibility for causing the accident. It said that on being told about the death of the child, he had expressed sadness, pain and remorse for actions.

The presiding judge ruled the driver’s behaviour as unacceptable, saying he should never have been driving, but instead put his own and others’ lives at risk and in one moment only the child had lost her life. This could easily have been avoided, she added.