Police have taken security measures outside the Radisson Beach Resort in Larnaca where Manchester United spent the night of October 5 ahead their game against local cup-winners Omonia.

Around the hotel a special fence has been placed to keep fans away, he added.

In reply to a relevant question, he said that “an action plan has been prepared in cooperation with the police headquarters so that members of the force will accompany the buses of Manchester United to GSP Stadium in Nicosia.”

Manchester United fans who arrived from Britain will gather in Finikoudes and will leave with buses to Nicosia, accompanied by police, Hadjigiasemis said.

He also explained that “after 15:00, Athinon Avenue, meaning the Finikoudes beach will close to facilitate the gathering of the British supporters.”

After the end of the game, “the football players will once again be escorted to their hotel in Larnaca and they are expected to leave Cyprus, tomorrow Friday, 7 October.”

This morning 40-50 fans stood outside the hotel in an effort to see even from afar Cristiano Ronaldo and the other players of Manchester United, while around 2,000 people gathered outside the hotel on Wednesday night for the same purpose. 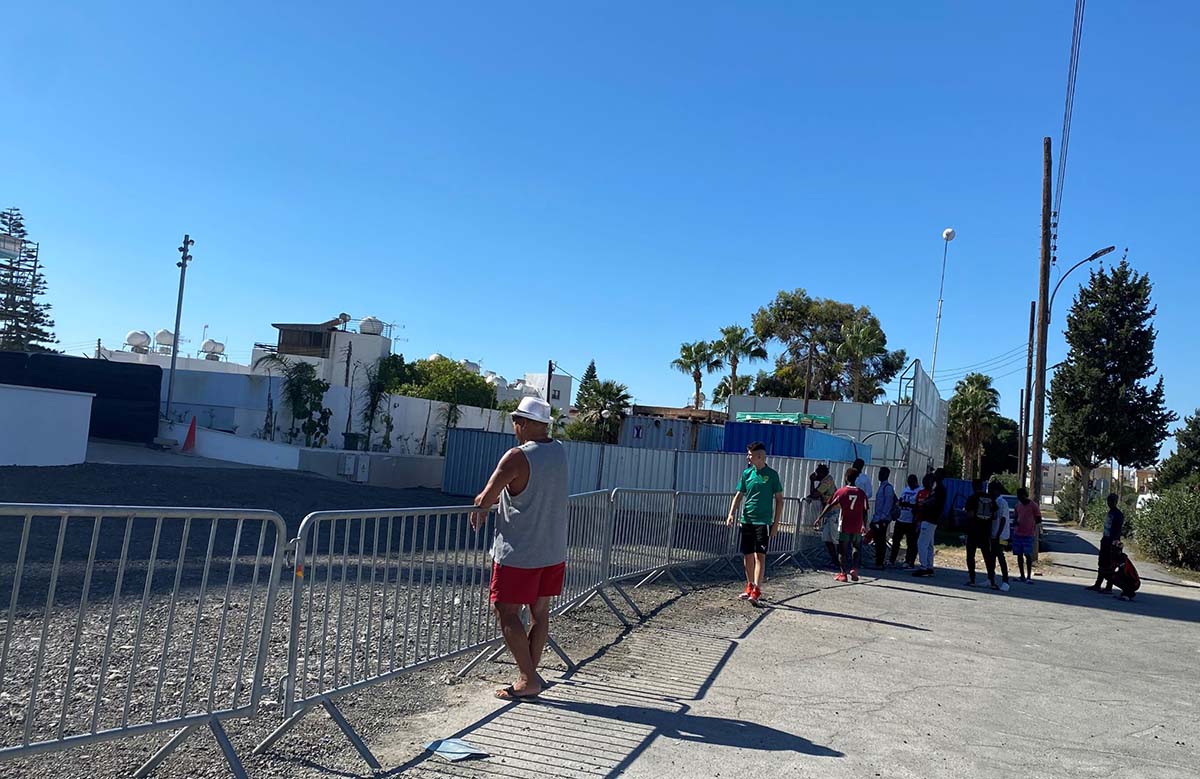