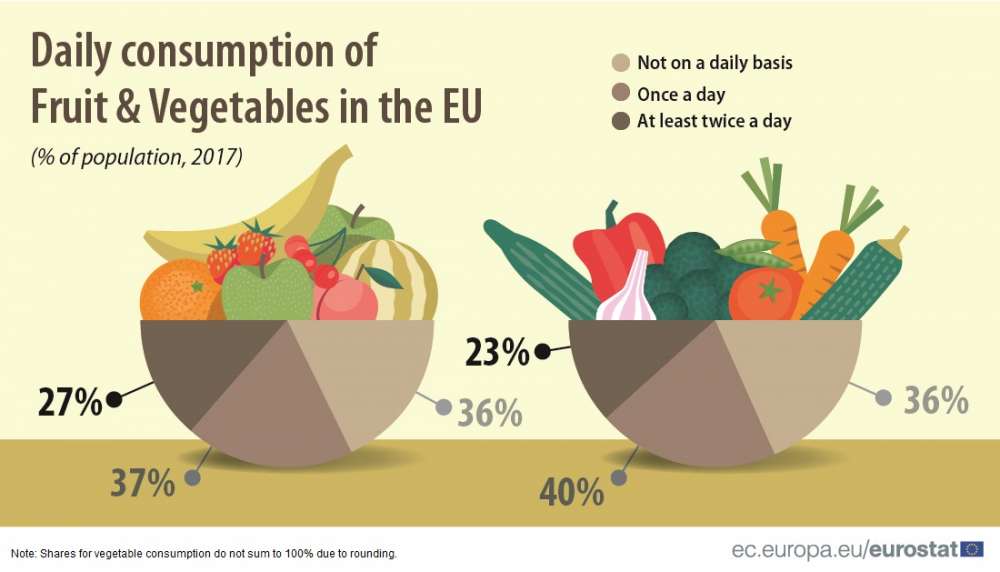 Despite the abundance of fresh fruit and vegetables in Cyprus, daily consumption is at similar levels as the EU average, according to figures released by Eurostat on Monday.

The survey showed that EU-wide in 2017, around 1 in 4 people (27%) ate fruit at least twice a day.  A further 37 % of the EU population ate fruit once a day and the remaining 36% ate fruit either less frequently or not at all during a typical week.

In Cyprus, daily consumption of fruit was 69% — which was the sixth highest along with Slovakia. The EU average was 64%. Italy was top with 85%, followed by Portugal with 81%. Latvia was ranked bottom of the table with 35%, and with Bulgaria and Lithuania (both 37%) was one of three EU countries s where less than 40% of the population ate fruit on a daily basis. 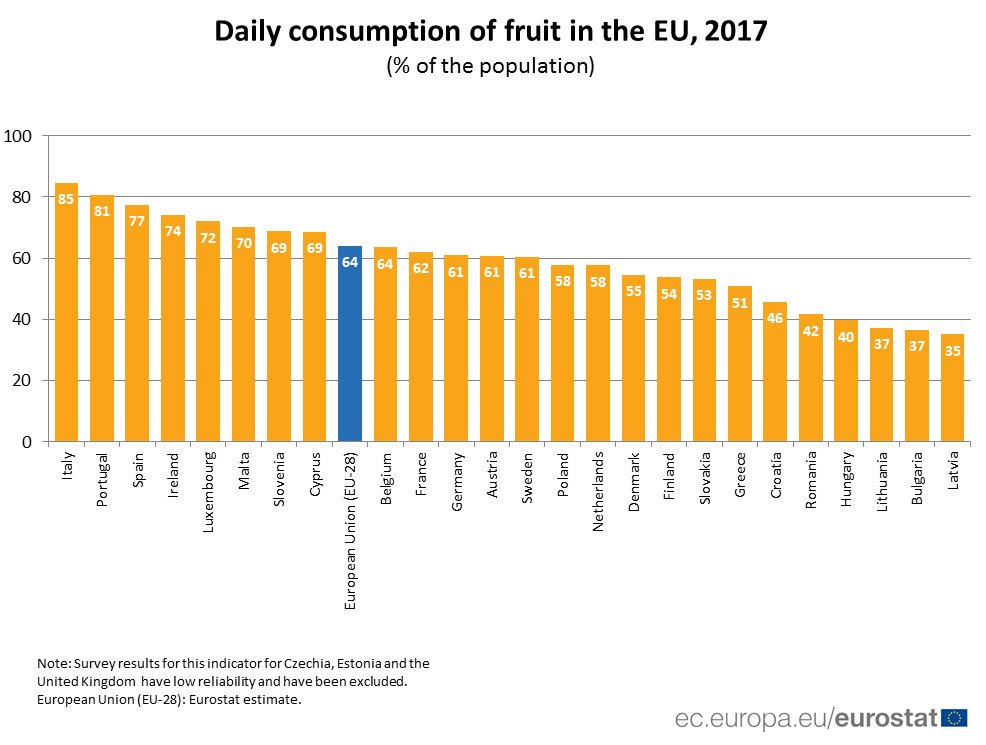 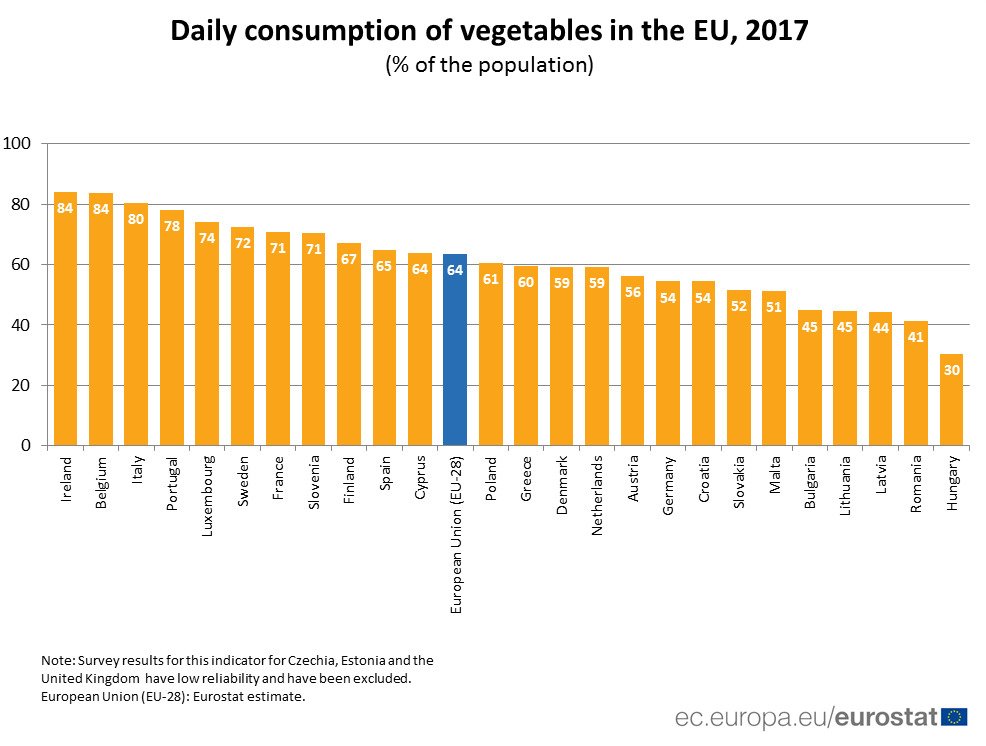 When it comes to vegetable consumption in the Member States, Ireland and Belgium had the highest proportion of the population who ate vegetables at least once a day (both 84%).

While in most Member States between 50% and 80% of the population reported that they ate vegetables daily, there were five Member States where the proportion was below 50%: Hungary (30%), Romania (41%), Latvia (44%), Lithuania and Bulgaria (both 45%).