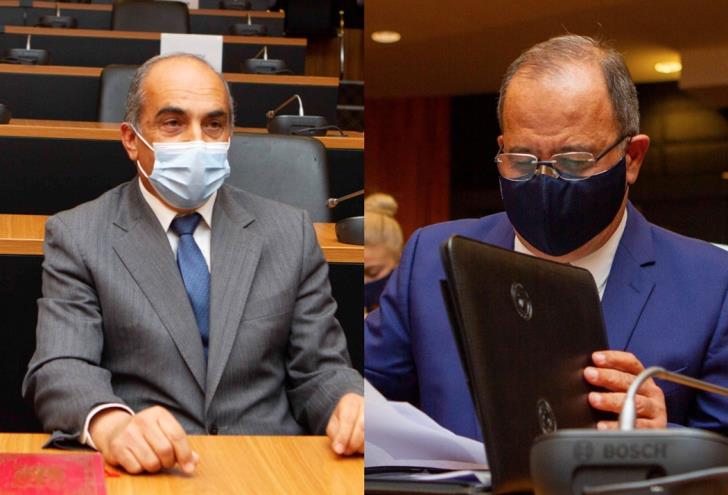 Former parliamentary speaker Demetris Syllouris and ex opposition Akel MP Christakis Giovanni who were secretly filmed in an expose on a now discredited cash-for-passports scheme have opted to cite their constitutional right to remain silent before a state-appointed board of inquiry.

They were the first two witnesses who declined to answer questions on Wednesday into their role in a scandal which rocked the island nation late in 2020 before the board of inquiry led by a former chief justice.

Syllouris and Giovanni resigned in October after the Al Jazeera network secretly filmed them talking to an undercover reporter, and allegedly promising to facilitate a passport for a person with a criminal record.

They both denied wrongdoing and also told the board of inquiry that their remarks in the film were taken out of context.

The airing of the documentary, and the public outcry that it caused, prompted authorities to scrap the passport scheme.

Almost 7,000 rich foreigners obtained Cypriot citizenship from 2007 to 2020. In its final form, the scheme issued passports to individuals for a minimum 2 million euro investment.

Syllouris, who was second-in-rank in the state hierarchy as parliamentary speaker at the time, was shown in the documentary along with Giovanni, and a local lawyer, speaking with an undercover reporter who introduced himself as a fixer for an imaginary Chinese investor with a criminal record.

All have claimed entrapment and said they had reported the matter to police, before the documentary was aired.

Al Jazeera was investigating a lucrative cash-for-passports scheme in Cyprus from which not only bona fide investors benefited, but some fugitives from justice.

In an interim report released on Tuesday, the board of inquiry said the system was fraught with discrepancies, and that more than half of the passport beneficiaries should not have qualified for citizenship.

The European Commission launched infringement procedures against Cyprus over the scheme last year.