“Disappearing Wall”: A European quotes competition by the Goethe-Institut Cyprus 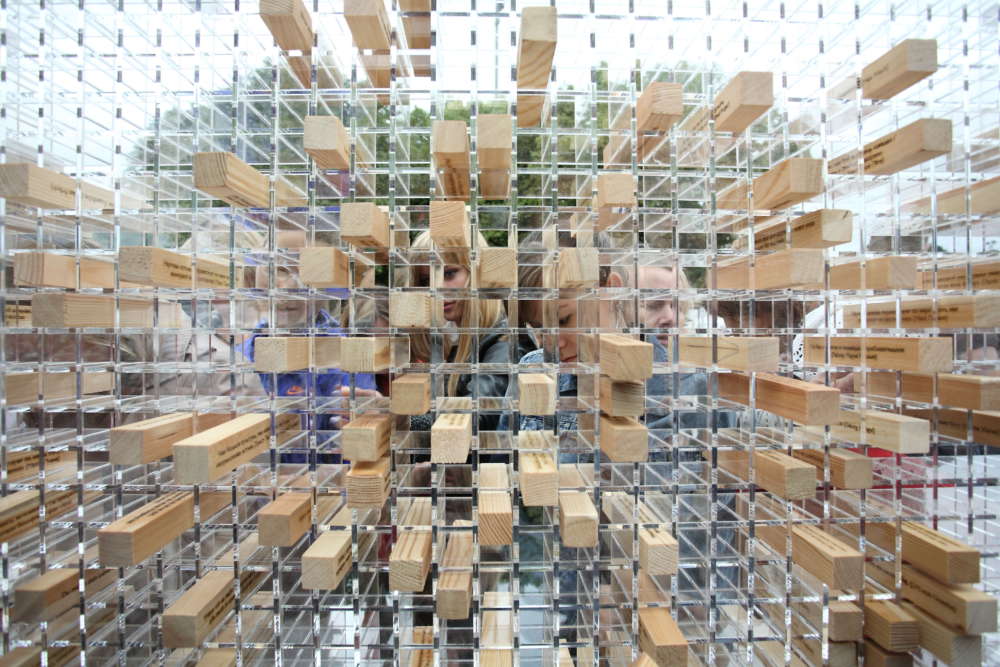 Whether a thought by Hannah Arendt, a lyric by the Beatles, a quote from the film “The Fabulous Destiny of Amélie Poulain” or a statement by the Hungarian Nobel Prize winner Imre Kertész: in a Europe-wide competition, the Goethe-Institut is asking all people in ten European countries for their favourite quotes from European high and pop culture.

Everyone can submit their proposal from now until March 31, 2020.  The best quotes will be included in an installation entitled “Disappearing Wall”, which will be on view in the participating countries in Europe from summer 2020 in the framework of Germany’s EU Council Presidency. The Goethe-Institut Cyprus is additionally raffling a tablet, a language course and 10 book vouchers worth €50 among the submitters of all of the quotes considered.

Interactive installations commemorating Europe’s diversity of languages and ideas will be put up in public spaces from summer 2020 in cities extending from Vilnius to Belfast and from Thessaloniki to Madrid as part of Germany’s EU Council Presidency. The “Disappearing Wall” installation is based on an idea proposed by Maria Yablonina in a workshop carried out by the architect and engineer Werner Sobek and initiated by the Goethe-Institut. The installation consists of a Plexiglas frame in which around 6,000 wooden blocks with quotes are inserted.

These quotes are now collected in a Europe-wide competition: people can submit their favourite quotes from now and until March 31, 2020, to the participating Goethe-Instituts in their countries. Residents of Cyprus can send their proposals via email to [email protected] The quotes can come from European high or pop culture, such as from well-known thinkers or artists from all over Europe. After the closing date, an independent jury will make a selection of the best quotes, which will then be used in the installation. The submitters of all of the quotes considered will also be entered in a raffle.

The entry deadline for quotes is March 31, 2020. For questions, you can contact [email protected]

For more information on the competition and the project, you can visit: www.goethe.de/cyprus/disappearingwall

By Josephine Koumettou
Previous article
Over 1,200 families in Cyprus benefit from “Baby’s Dowry” project
Next article
Trade deficit in Cyprus increases in first 11 months of 2019