Dherynia residents demand removal of aerials from their area 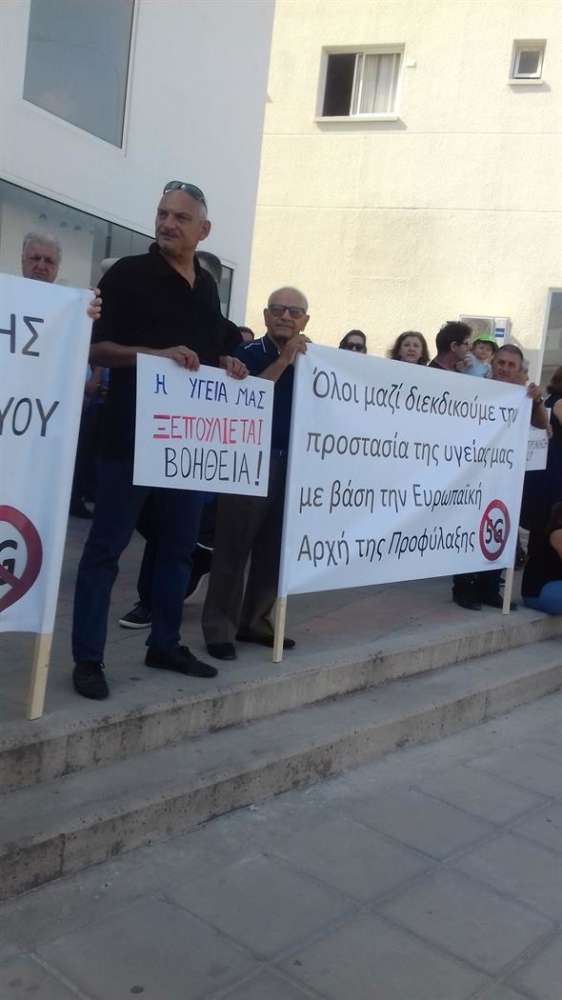 Dherynia residents staged a protest today, demanding that telephone and wi-fi aerials are removed from their municipality.

Some 200 people participated this morning in the protest, organised by the Residents’ Initiative Group. Protesters cut off the Dherynia to Paralimni road for a few minutes, as part of their protest.

Kostas Londos, speaking on their behalf, referred to the increasing number of cancer cases in Dherynia, noting that there are 12 aerials in the area, 6 of them in the centre.

This is the second in a row of protest rallies Dherynia residents are organising on this issue.