Department of Antiquities’ new plan to protect antiquities of Georskipou 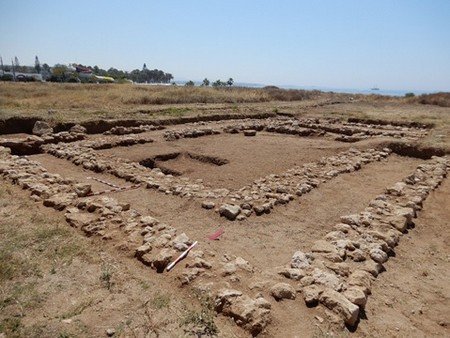 The Department of Antiquities has drawn new plans aiming not only to protect but also to promote the antiquities uncovered at the coastal area of Geroskipou, Director of the Department of Antiquities Marina Ieronymidou said, during a visit to the area. She further said that according to the new plans there will be clear separation of the area of antiquities from the hotel unit that the archdiocese is having built there, there will be independent access to the antiquities and a parking place.  The Director also noted that the archdiocese had altered its initial plans and the hotel will be built on the north side of the plot, while the side facing the sea where the antiquities have been uncovered will remain accessible to the public even when the hotel unit will be in operation. According to the findings so far, Ieronymidou explained, in the area there is a Greek style temple built during the Ptolemaic period and part of an aqueduct connected to the temple and a cistern.