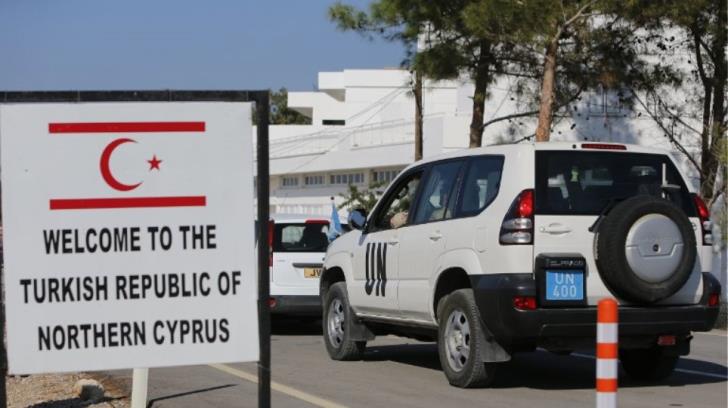 The “finance minister” in the occupied north Serdar Denktash estimates that the population in the Turkish-held areas of Cyprus is 800,000, Turkish Cypriot newspaper Afrika reported on Thursday.

“I think that 800,000 people live here,” Denktash said in reply to a question during a press conference yesterday.

He also said that a population census is needed but that there are no plans for one at the moment.

Aysegul Baybars, “interior minister” of the breakaway regime responded that the exact number of people living in the occupied areas of the island is not known. “To tell the truth, I am ashamed when I talk about this issue,” she told Genc TV yesterday.

Baybars also talked about the importance of drafting a policy on the issue of population, however, she argued that this cannot happen within a year as “there were many unregistered persons when we came to power”.

“A registration system should be created in order to be able to talk about the population. At the moment there are 53,000 registered students. There are 7,000-8,000 employees with a work permit, as well as persons accompanying their spouse. We started building the registration mechanism,” she added.

Commenting on the issue, Afrika wrote that 800,000 was the highest number ever mentioned about the population. The paper recalled that former Turkish Cypriot leader Mehmet Ali Talat referred to a population of 500,000-600,000.

On Wednesday. Denktash announced the results of a survey on the “Quality of life and assets” carried out by the “ministry of finance”.

The research found that:

The research also surveyed people’s political positions and found that:

Based on these results, Denktash argued that people in the occupied north “are happier than those who live in Republic of Cyprus-controlled areas and Turkey, however the Turkish Cypriots feel uncertain about their future.”

According to Kibris, the 30th social and economic council took place on Wednesday in the occupied north.

Addressing the event, Odul Muhtaroglu, “chairman of the social economic council and undersecretary of the state planning organisation”, said that the economy of the occupied north grew by 2.6% in 2018.

Muhtaroglu said that the average GDP growth in real terms in the last three years was 4.3%.

On a sectoral basis, there was a 10.4% growth in the industrial sector and a 4.0% growth in the agricultural sector. Higher education and tourism, which are considered as the leading sectors of the economy, grew by 7.5% and 11%, respectively, in the past three years.

Referring to developments in employment, Muhtaroglu said: “While in 2017, 120,999 people benefited from employment opportunities, this figure is expected to rise to 138,245 people by the end of 2021.

Noting that the “government” aims for the gradual decline of inflation to 9.5%, Muhtaroglu said: “The yearly inflation rate was 29.96% in 2018 because of the direct and indirect influence of the devaluation of the Turkish Lira and the increase in oil prices. It is estimated that the inflation rate will decrease to 9.5% in 2021.”