UPDATE-Delays in informing those tested of Covid results, MoH launches platform to resolve 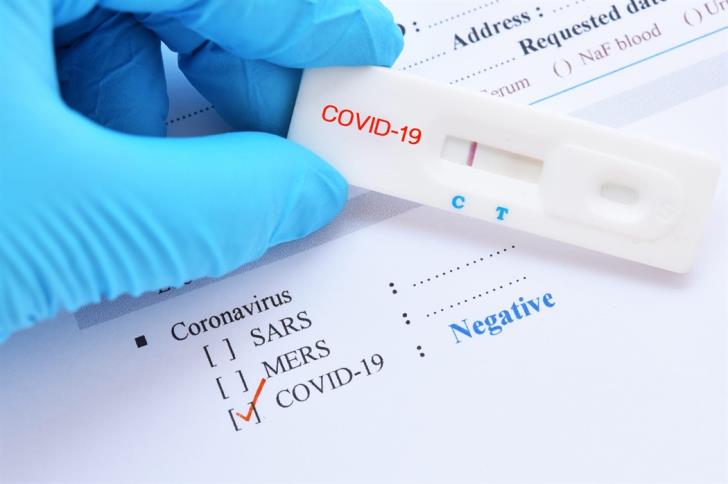 Citizens who took the Covid-19 test say they are still waiting to be informed of their results, with one case having been tested on March 25 but has still not heard from the authorities.

Others say they are still waiting to be contacted to take the test.

Meanwhile, the Health Ministry in an announcement published on Tuesday refuted claims in local media that certain patients never received a response and provided data as to how test outcomes are communicated to the public and said it launched a new platform on April 3 to record results.

Prior to the Health Ministry update, one woman who had undergone transplant surgery told CyBC on Monday that she has been waiting to take the test for a week but no-one had visited her until yesterday morning.

Meanwhile, the family members of a nurse in Limassol Hospital who was found positive to the virus last Saturday, Phileleftheros wrote, have still not been called to get tested.

One reader told in-cyprus on Monday that he was tested on March 30 in Larnaca and had not yet received the results.

“To have people sitting, waiting with anxiety is irresponsible. We need transparency,” he said.

Professor Petros Karayiannis, a member of the health ministry’ s advisory committee on Covid-19, was told on CyBC TV during an interview that a viewer had taken the test on March 25 and had still not received an update.

“If he has not received a response it means that the test came out negative,” Karayiannis commented.

“I have asked the Health Ministry the same question and they told me that only patients that come out positive get an update.

“They are aware of the issue at the ministry, the non-sharing of negative results too. I will raise it again,” he added.

Phileleftheros reported earlier on Tuesday that of the approximately 10,000 Covid-19 tests conducted to date, 2,000 citizens whose results came out negative received an update.

In its clarifications published on Tuesday, the Health Ministry explained that all results are sent by CING to the Ministry’s Epidemiological Surveillance Unit. The remaining labs send to the Unit only the positive results. Responsibility to inform citizens whose tests came out negative lies with the private labs conducting the tests, the Health Ministry said.

The Unit’s staff begin updating citizens on the same day, it was added, prioritising those whose results came out positive.

“For negative results sent to the Unit by the Cyprus Institute of Neurology and Genetics (CING), citizens are updated by telephone from unit staff within 48 hours at the latest,” the announcement said, adding that isolated cases who have not received an update concern citizens for whom insufficient contact details are available or a lab had not informed them.

The Health Ministry also said that on April 3 it launched the ‘Koios’ platform in collaboration with the Deputy Ministry of Innovation where data is entered from sample-taking points.

“When CING completes the analyses, they load results onto the platform and for any tests that come out negative an SMS is sent out instantly to citizens’ mobile phones.

“For positive results, the information continues to go out to the public through the Epidemiological Surveillance Unit.

“Since the day the platform was launched and until today, approximately 2,000 SMS have been sent out to citizens,” the Health Ministry’s announcement concluded.

The big heart of a small village: Neo Chorio donates €50,000 to state hospitals