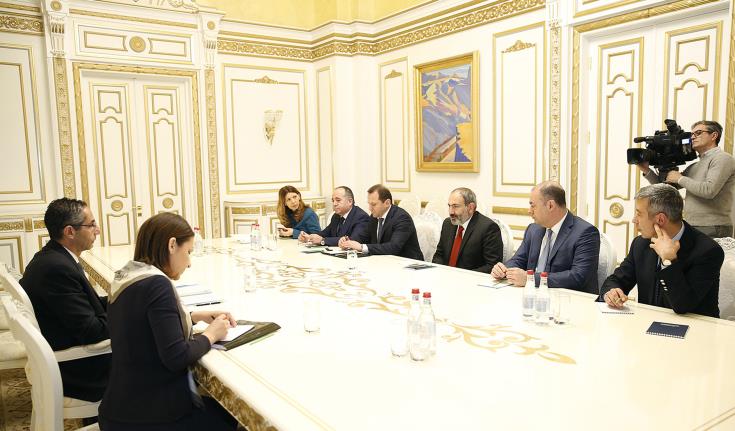 The Ministers of Defence of Cyprus and Armenia, Savvas Angelides and Davit Tonoyan, signed a Bilateral Cooperation Programme for 2019, which provides for various activities and training.

The programme was signed during Angelides’ official visit to Armenia, which was wrapped up on Wednesday with meetings with Prime Minister Nikol Pashinyan, Minister of Foreign Affairs Zohrab Mnatsakanyan and Tonoyan.

Angelides and Tonoyan discussed ways to further enhance bilateral relations and reiterated their will to promote cooperation in various fields, such as research and technology in the defence and security sector.

During all his meetings, Angelides referred to efforts to solve the Cyprus problem and reaffirmed the will of the Greek Cypriot side to reach a settlement. He also thanked Armenia for its support in this direction.

During his stay in Armenia, Angelides also visited a rehabilitation centre for persons wounded in war, a defence technology development centre, the monument for the Armenian Genocide, and a military cemetery.

By In Cyprus
Previous articleGDP up by 0.2% and employment up by 0.3% in the euro area
Next articlePolice seek help to find missing girl (picture)