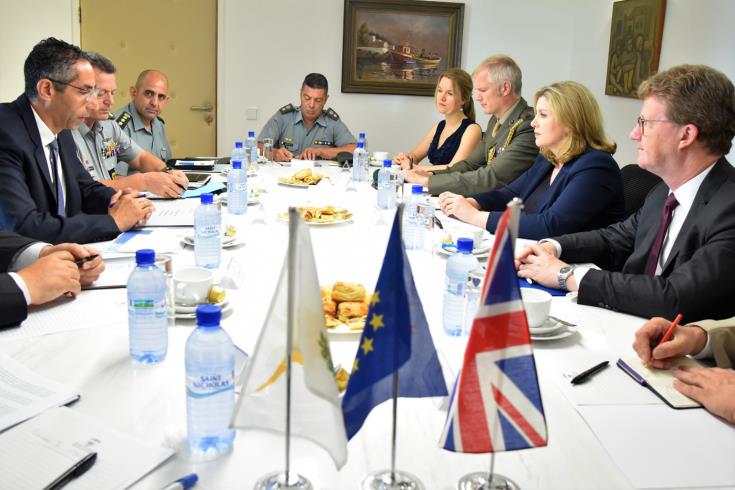 Minister of Defence Savvas Angelides met on Monday with his British counterpart Penny Mordaunt and expressed the Cyprus government’s satisfaction over the unanimous decision of the European Council to include in its conclusions references to the illegal Turkish activities in Cyprus’ exclusive economic zone.

According to a press release, Angelides had the opportunity to brief Mordaunt on the illegal and aggressive actions of Turkey in the Republic of Cyprus’ EEZ, which violate Cyprus’ sovereign rights, international and European law, and the Law of the Sea, and at the same time put the stability of the whole region of the Eastern Mediterranean at risk.

Furthermore, the two Ministers discussed bilateral cooperation and exchanged views on ways to enhance it, based on the Memorandum of Cooperation signed recently.

Last month Turkey issued a navigational telex, announcing its intention to start drilling off Cyprus until September 3. Since May 4, the Turkish drill ship “Fatih” is located almost 40 nautical miles west of the Akamas peninsula and 83 nautical miles from the Turkish coast. The area falls within the EEZ and continental shelf of the Republic of Cyprus.

By In Cyprus
Previous articleMitsero murders: Metaxas pleads guilty to killing 5 women, 2 children
Next articleGeneral Government surplus up by €111 million in Q1 2019