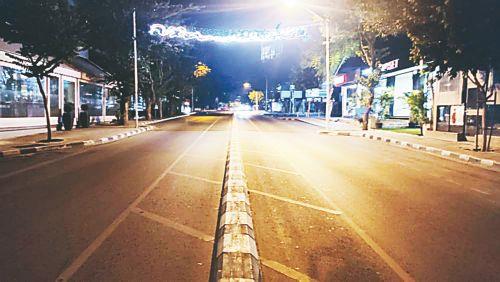 The decree on a coronavirus-related travel ban to, from and between the districts of Limassol and Paphos was issued so late on Thursday that its enforcement had to be postponed for 16 hours – much to the embarrassment of the government.

Police – assisted by the army – had set up road blocks by late afternoon following Wednesday evening’s announcement of the extraordinary measure aimed at containing the inter-district spread of the coronavirus.

However, the decree was issued minutes only before its 8pm scheduled implementation and clarifications requested by citizens, businesspeople and even the police force itself made its enforcement impossible.

Philenews on Friday reported that the government was highly embarrassed by this inefficiently which only rubbed salt in the wound of the already disgruntled Limassolians and Paphians who will be locked down till November 30.

The extra time given to police for checks to begin – at noon on Friday – allows individuals exempted from the ban to obtain the necessary paperwork.

The decree specifies and clarifies the circumstances under which certain individuals are exempt from the restrictions and can still travel to, from and between the districts of Limassol and Paphos.

Exempted are truck drivers transporting finished goods or raw materials but  they must carry with them consignment documentation.

Also exempted are persons who work at construction sites, oil facilities, in the food and agriculture industry or for companies manufacturing medicines.

Persons needed for emergency repairs of machinery are also allowed to travel, as are media people with a valid journalist’s ID and a permission from their employer.

Likewise exempt from the ban on travel – provided they have a permission signed by their employer – are persons working in the following areas of activity: supply of electricity; water supply; telecommunications; safe operation of air transport and air traffic control.

Travel is also allowed for persons traveling to or from the Larnaca and Paphos international airports.

They, too, must carry with them their travel ticket indicating the passenger’s name, the date issued and the flight details.

The transport of freight from and to the port of Limassol, the port of Larnaca, Larnaca airport, and Paphos airport – whatever the origin and destination of the trip – is permitted, provided the driver can produce the consignment note.

Also allowed are parcel deliveries and private security services among all districts. Athletes and sports clubs competing either in the first division or for the national team may travel for training purposes or for competition.

Buses and taxis may travel to, from and between all districts.

Divorced or separated parents with the relevant court papers may travel to and from Limassol and Paphos to visit their children.

In  Limassol and Paphos districts, a curfew is also in place from 8pm to 5am. Elsewhere, the curfew runs from 11pm to 5am and the above measures also last until November 30.