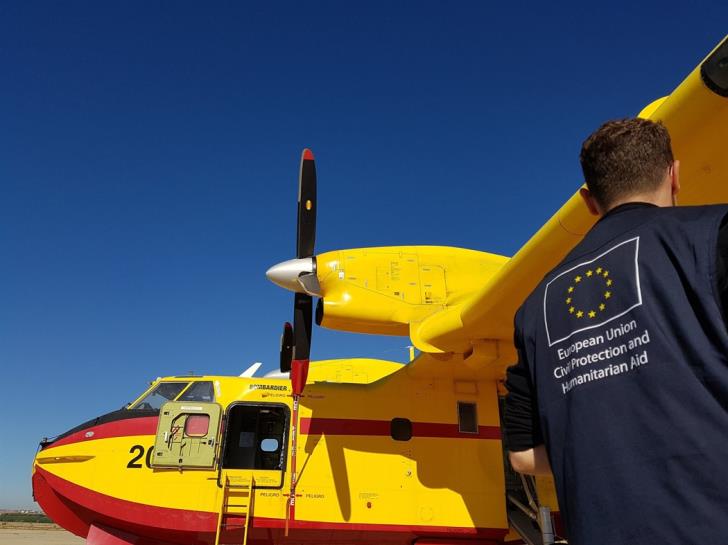 A 2018 government decision for two firefighting fixed-wing Canadair water-bomber amphibious to be purchased after the 2016 catastrophic fire in the Mediterranean island’s Solea area never materialized.

This is what Philenews reported on Monday, as a huge forest blaze in Cyprus over the weekend killed four people, destroyed homes and forced evacuations of villages.

“As it is often the case in the public sector, a decision is taken but it never gets to be implemented (because of bureaucracy and lack of coordination among various departments). This si the case with the decision for a Coordination Center to manage life-threatening fires which cause overall destruction,” it said.

“As for the two Canadair amphibious, the final decision taken was for them to be purchased, not rented. But it is still a decision that need to be implemented since more than one ministry and department is involved,” it added.

In 2018, the Auditor-General gave the green light to the Ministry of Justice to purchase a mobile coordination unit at a cost of €700,000.

The Justice Minister at the time said the unit was necessary to coordinate efforts to combat huge fires.

In other words, the unit would have been able to keep track of how a fire is developing, while Fire Brigade vehicles will be monitored via GPS and interactive maps.

By Annie Charalambous
Previous article
Huge forest blaze in Cyprus under control, fire-fighting planes made the difference
Next article
Pope Francis may visit Cyprus and Malta later this year-Vatican sources