Day after elections President calls for increased responsibility towards country 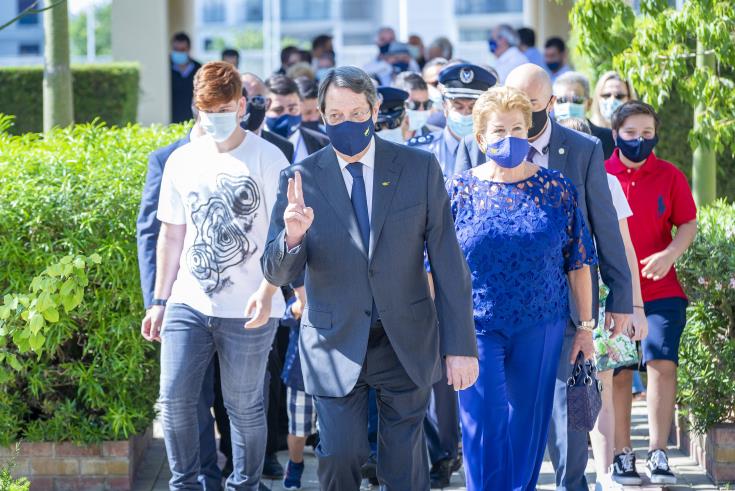 President Nicos Anastasiades called on all people in Cyprus to ensure that the day after Sunday’s  parliamentary elections is marked with increased responsibility towards the country’s best interests.

He also said he intends to convene a meeting with the leaders of the new Parliament`s political parties to jointly draft the roadmap of Cyprus’ future.

Seven political parties will make up the new parliament whose 56 elected representatives are to meet for the first time on June 10.

Abstention was the biggest winner of the content since out of a total of 366,608 only 557,836 registered voters or 65.72% exercised their democratic right, according to final results.

ELAM, an anti-migrant nationalist party which wants to ban the burka and the niqab, almost doubled its showing compared to the 2016 poll to about 6.8% of the vote.

Links between Cyprus‘s ELAM and Greece’s Golden Dawn have been well documented in the past. Golden Dawn was outlawed as a criminal organisation by a Greek court in October 2020 and leading members jailed.

By Annie Charalambous
Previous articleMainly fine on Monday but with thin dust in the air, early morning mist
Next articleNew House Representatives also for religious groups of Maronites, Latins