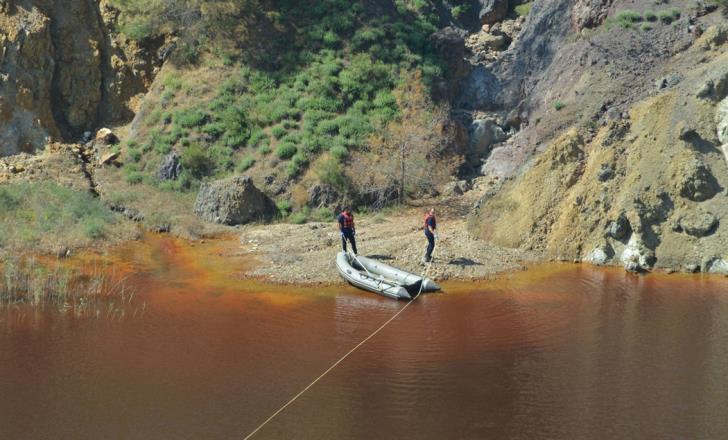 At Kokkini Limni (Red Lake) divers are expected to continue their battle against the mud to find the third suitcase, where the alleged killer has admitted hiding the body of a woman.

If the suitcase is not found today in the charted corridor, where the search is focusing now, experts will be called in again to mark new search points on the basis of the sonar scans.

According to available information, the sonar equipment will leave Cyprus on Tuesday ad it has scanned both lakes (Red Lake and Memi) and has nothing more to offer in the search.