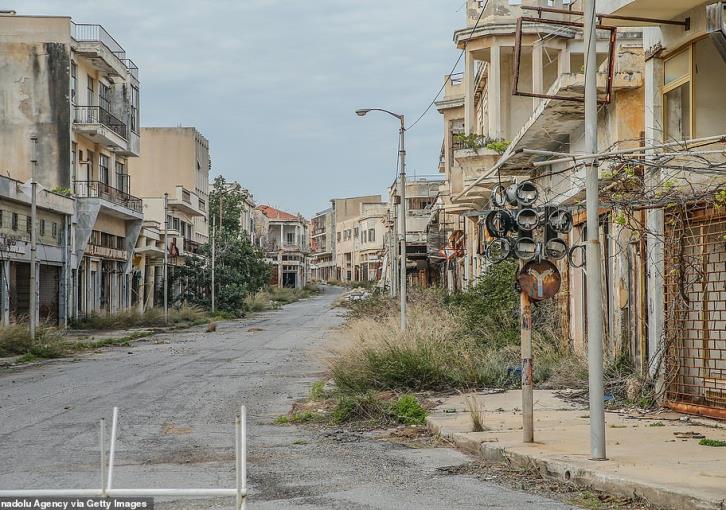 UK’s Daily Mail on Tuesday published spectacular images from the fenced city of Varosha in Cyprus which has been abandoned since a Turkish invasion in the summer of 1974.

And it wrote that Varosha, which has attracted the likes of Elizabeth Taylor, has been a ‘ghost city’ since the invasion.

In its hey-day, the population grew to 39,000 and became a millionaire’s playground where they soaked up the rays across vast beaches or on the balconies of their deluxe apartments.

The land alone is expected to be valued at around $100 billion.

The UN Security council passed Resolution 550 on May 11, 1984, which barred the resettlement of the area, the paper also wrote.

However, Turkish officials over the weekend said that keeping the abandoned town idle is ‘not acceptable’.