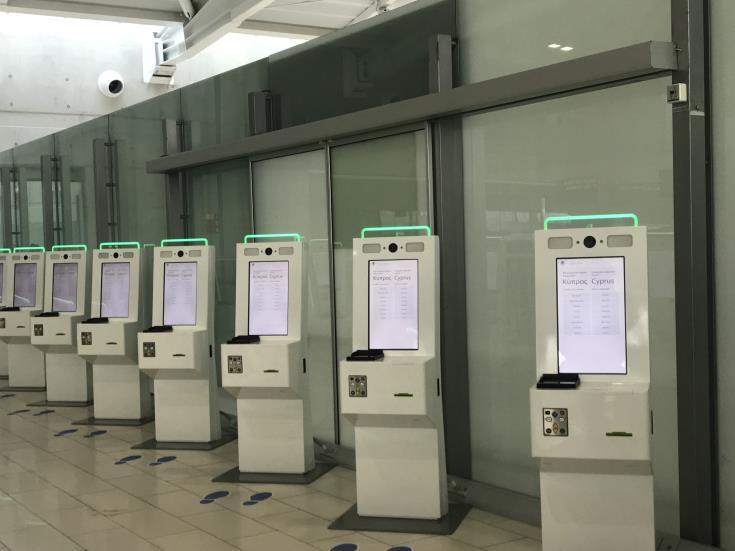 A new study by University of Cyprus researchers on disease transmission from touchscreen user interfaces in an airport has found that the first and second person to use such a screen immediately after an infected person, will have an increased probability of transferring the virus to their hands, as a result of which the likelihood of the third person becoming infected is reduced significantly.

In a press release the University of Cyprus says that the new study was carried out by Dr. Orestis Georgiou, Marie S. Curie Fellow and postdoctoral researcher in the university`s research team “IRIDA” and Dr. Chrisots Nicolaides, Assistant Professor at the Department of Business Management and Public Administration and was recently published in the scientific journal Royal Society Open Science, entitled “Modelling Disease Transmission from Touchscreen User Interfaces.”

Researchers modelled the human–fomite interaction at an airport with a network of touchscreens which allowed them to look into the different parameters which could affect the transmission of infectious diseases.

It is added that one of the study`s interesting findings is that the first and second person to use a touch screen immediately after an infected passenger uses it, have an increased probability of transferring the virus on their hands. As a result the possibility of the third person to touch the screen becoming infected is significantly reduced. The first two people using the touchscreen after the infected person, are in essence cleaning it by absorbing most of the pathogens on their fingers thus preventing later users of receiving a significantly infectious load, Georgiou said.

The study also focused on how often the screens were cleaned and whether regular cleaning could deter transmission. “Unfortunately the rate of cleaning necessary to fully eliminate the possibility of transmission is prohibitively high, Nicolaides said, suggesting that the use of alternative technological solutions should be looked into in order to appropriately mitigate the risk.

The study, the press release says, has been carried out in cooperation with scientist Andrew DiBattista of Ultraleap UK and had been funded by Ultraleap and Marie Skłodowska-Curie NEWSENs (787180) και NISHealth (786247) actions.

By gavriella
Previous articleKids Activities with Mermaids at the Mall of Engomi
Next article598 new cases of COVID-19, three deaths on Tuesday