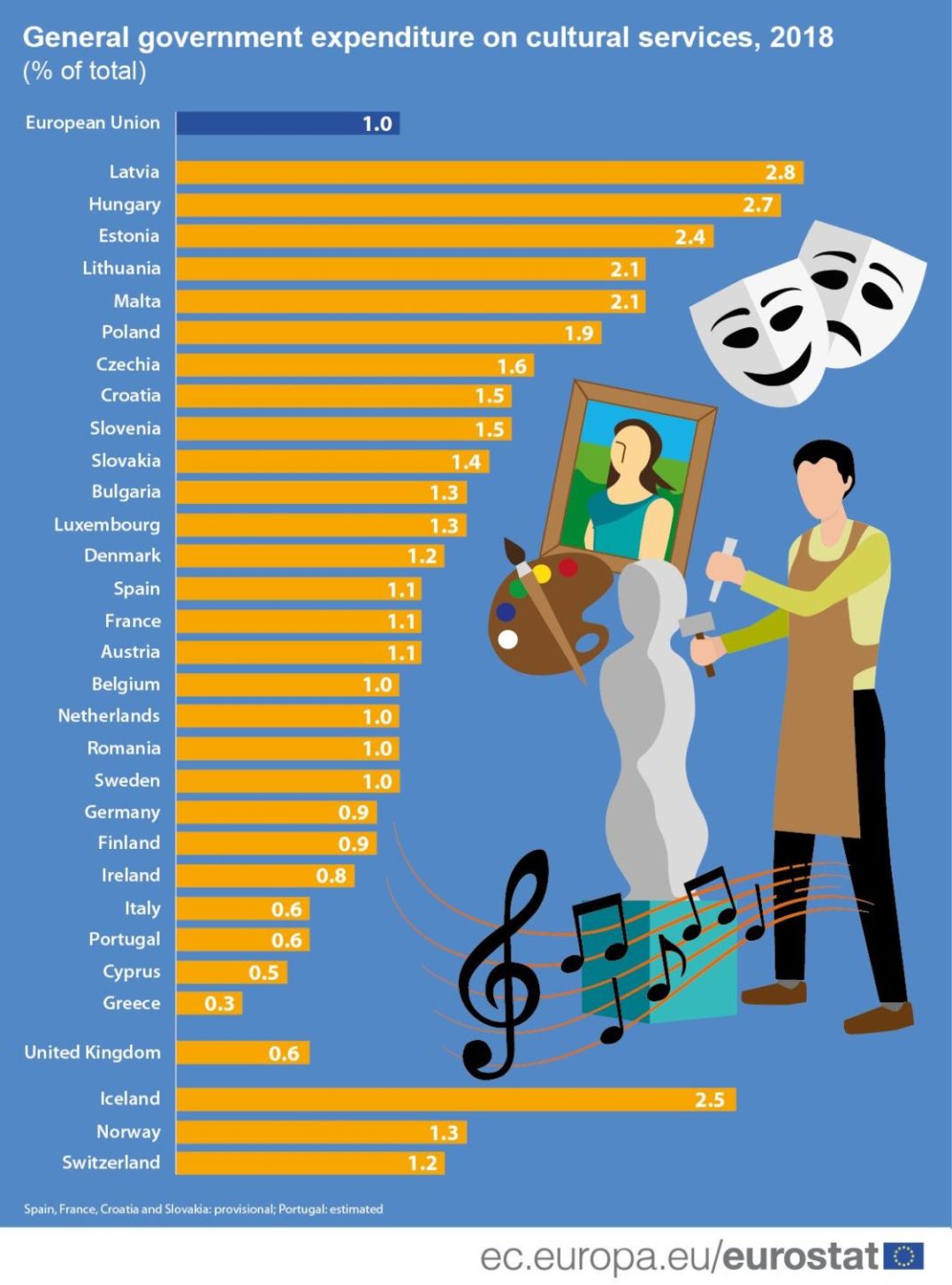 Cyprus government spending on cultural services in 2018 was the second lowest in EU 27 after Greece, accounting for only 0.5% of the spending, according to figures issued by Eurostat on Tuesday.

However, there are considerable differences between the EU Member States.

There were generally relatively small changes reported in a majority of the EU Member States between 2013 and 2018. The main exception was Hungary, where the share of cultural services in general government expenditure almost doubled from 1.5% to 2.7%.