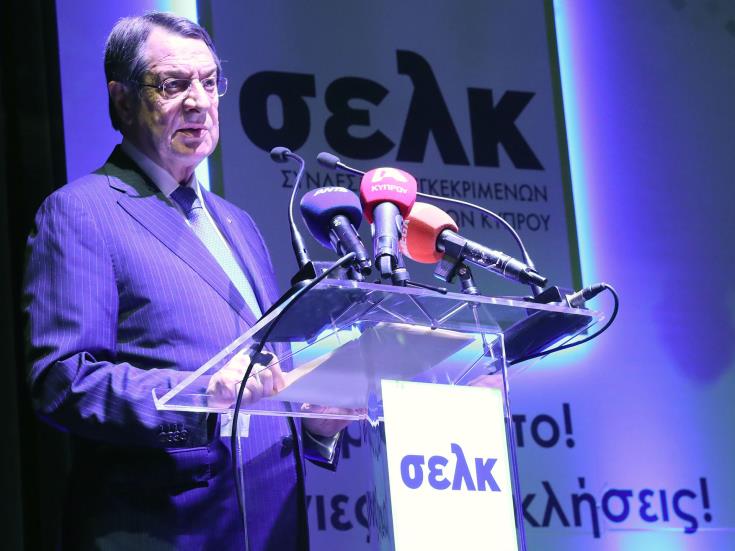 A bill providing for the creation of Deputy Ministry for Digitral Strategy, Research and Innovation will be tabled in the Council of Ministers for approval shortly, President of the Republic Nicos Anastasiades has said.

Speaking to the 58th Annual General Meeting of the Institute of Certified Public Accounts of Cyprus (ICPAC), Anastasiades said the Deputy Ministry “will play a crucial role towards the target of obtaining the maximum possible effectiveness of our digital strategy.”

“The bill is currently at the Law Office of the Republic for legal vetting and soon will come to the Council of Ministers for approval and will be tabled to the Parliament,” Anastasiades said, expressing hope that “the law makers will not raise objections and will not disagree to achieve the great target of the digital transformation of our country, which is absolutely necessary to move forward.”

Furthermore, the President outlined the government’s targeted policy priorities implemented with the aspiration “to change the country’s image in the coming years.”

He referred to the setting up of National Council of Research and Innovation and the Chief Scientist, the reform of the public service and local authorities, coupling of the state’s wage bill with nominal GDP growth, the public servant’s mobility and the joint working group for a national plan for blockchain technology, the reform in the justice system, the National Health Scheme and the drafting of a national strategy for tourism.

On his part, House President Demetris Syllouris said he will call all stakeholders to discuss issues that concern the economy and ICPAC.

He said that the improvements in the economy following the 2013 financial crisis are not reflected in the country’s image abroad, while the banking sector continues to face problems.

“I would like to invite you to a round table discussion on this issue. I believe the time has come these issues to be addressed aiming to draft a strategy to change our country’s image abroad,” he said.

Addressing the AGM, ICPAC’s outgoing President Marios Skandalis called for a “strategic master plan” for the economy to be jointly drafted by the public and the private sectors.

This plan should cover the realities and the capabilities of the economy, the conditions and the trends of the European and the global economies, our short-term and long-term targets, the changes to be implemented, the competitiveness and the image of the Cypriot economy to be promoted internationally.

“The close and constructive cooperation between the public and the private sectors is a sine qua non for the drafting of such a strategic plan,” Skandalis added.