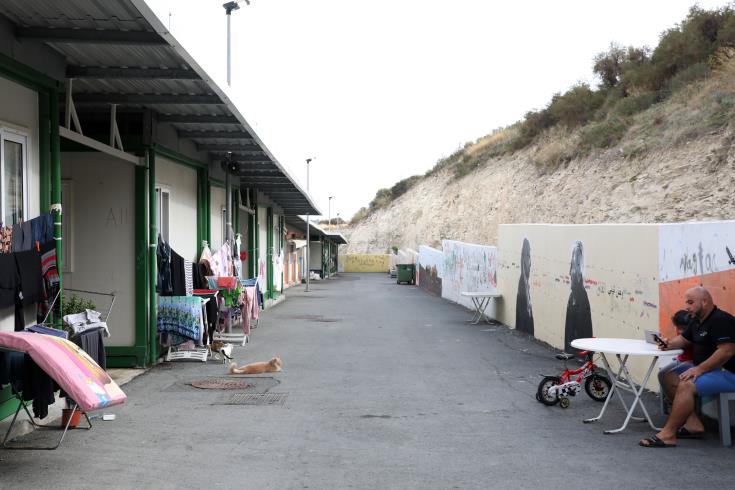 Speaking to the press after a meeting with Akel general secretary Andros Kyprianou, Petrides said that there have been significant improvements to infrastructure at the Kophinou Centre which currently houses 330 people.

Not all asylum seekers can be housed in reception centres, he added. Currently there are 15,000 asylum seekers while another 15,000 have been given some form of international protection and efforts are underway for them to enter the labour market.

“With the help of the EU we are planning one or two more reception centres with a capacity for 1000 people. In addition, the temporary reception centre at Pournara is being expanded and one part of it will be designated for more vulnerable groups. There is a plan of action that we have agreed on with the EU to move forward,” he said.

However, Cyprus cannot host 30 to 40 centres and become what he called — citing former Greek Prime Minister Alexis Tsipras — a warehouse of souls.

“Small countries like Cyprus or other countries at the EU’s borders with difficult regions such as the Middle East cannot shoulder the entire refugee burden, even of those that qualify,” he said.

The minister called for a more active role by the EU to safeguard security and prosperity in countries such as in Syria from where many refugees comes.

Not is it right for the Dublin regulation — which stipulates that asylum seekers must apply in the EU country of first entry– to pile on responsibility on the countries on the front line.

Instead he said there must be burden sharing and a mechanism for the automatic redistribution of asylum seekers in all the EU countries and for the EU to agree to more repatriation agreements with those third countries which refuse to take back their nationals.

He acknowledged that Cyprus was not ready to deal with such numbers — Cyprus has the highest number of applicants per capita in the EU — and that procedures must be improved and the examination of applications accelerated.

The special court for international protection which hears appeals has been set up so that those applications which seek to exploit the system can be tried and repatriations carried out effectively.

Akel’s general secretary also called on the EU to review its policy as it was not right for a small number of countries to shoulder the burden. Instead refugees should be distributed depending on each country’s financial capability and other criteria.

Pending such changes, the Republic of Cyprus must formulate those policies which meet the needs and safeguard the human rights of refugees and acceptable living conditions. Efforts have been made but because needs have multiplied, more must be done, he said.

Kyprianou said that about 50% of applicants appear to have come to Cyprus legally in order to work and when they lost their job they applied for political asylum and live at the expense of the real refugees.

By In Cyprus
Previous articleKofinou We Care in urgent need of items for newborns and hospital bags for pregnant women
Next articleIn Greece’s Aegean Sea, divers find “gulf of plastic corals”