Cyprus the 21st healthiest country in the world – Bloomberg Index 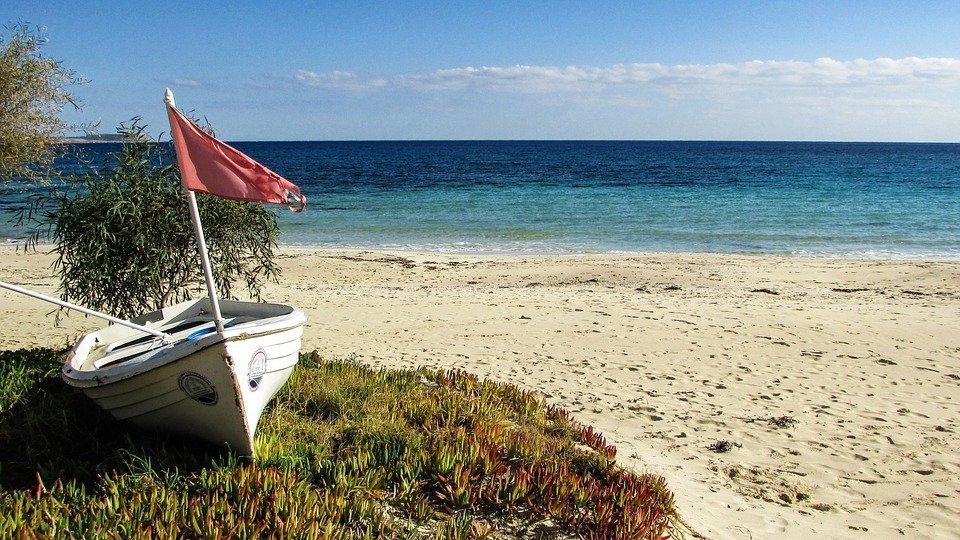 Bloomberg ranked Cyprus as the 21st healthiest country in the world, in the 2019 edition of its Healthiest Country Index.

The Index ranks 169 economies based on variables including life expectancy and eating habits while imposing penalties on risks such as tobacco use and obesity. It also takes into consideration environmental factors including access to clean water and sanitation.

Spain is the healthiest country in the world, according to Bloomberg, taking over the reins from Italy.

“Primary care is essentially provided by public providers, specialised family doctors and staff nurses, who provide preventive services to children, women and elderly patients, and acute and chronic care,” according to the European Observatory on Health Systems and Policies 2018 review of Spain, noting a decline the past decade in cardiovascular diseases and deaths from cancer.

Spain has the highest life expectancy at birth among European Union nations, and trails only Japan and Switzerland globally, United Nations data show.

Spain by 2040 is forecast to have the highest lifespan, at almost 86 years, followed by Japan, Singapore and Switzerland, according to the University of Washington’s Institute for Health Metrics and Evaluation.

Researchers say eating habits may provide clues to health levels enjoyed by Spain and Italy, as a “Mediterranean diet, supplemented with extra-virgin olive oil or nuts, had a lower rate of major cardiovascular events than those assigned to a reduced-fat diet,” according to a study led by the University of Navarra Medical School.

Four additional European nations were among the top 10 in 2019: Iceland (third), Switzerland (fifth), Sweden (sixth) and Norway (ninth). Japan was the healthiest Asian nation, jumping three places from the 2017 survey into fourth and replacing Singapore, which dropped to eighth. Australia and Israel rounded out the top 10 at seventh and 10th place.

Meanwhile in North America, Canada’s 16th-place ranking far surpassed the U.S. and Mexico, both of which dropped slightly to 35th and 53rd. Life expectancy in the U.S. has been trending lower due to deaths from drug overdoses and suicides.

Cuba placed five spots above the U.S., making it the only nation not classified as “high income” by the World Bank to be ranked that high. One reason for the island nation’s success may be its emphasis on preventative care over the U.S. focus on diagnosing and treating illness, the American Bar Association Health Law Section said in a report last year after vising Cuba.

China, home to 1.4 billion people, rose three places to 52nd. Life expectancy in China is on track to surpass the U.S. by 2040, according to the Institute for Health Metrics and Evaluation.

Sub-Saharan economies accounted for 27 of the 30 unhealthiest nations in the ranking. Haiti, Afghanistan and Yemen were the others. 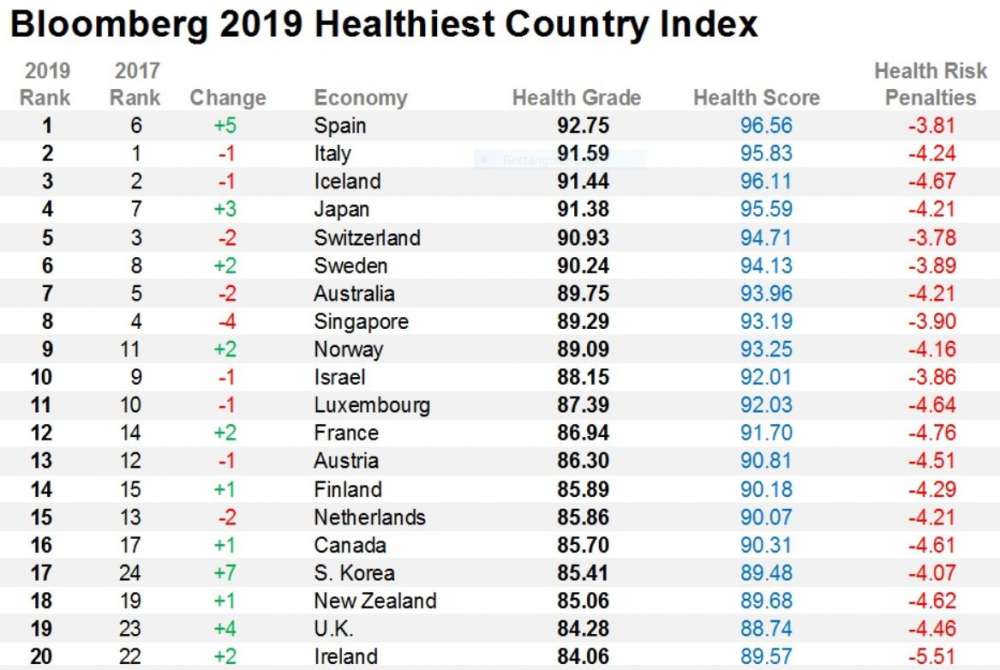 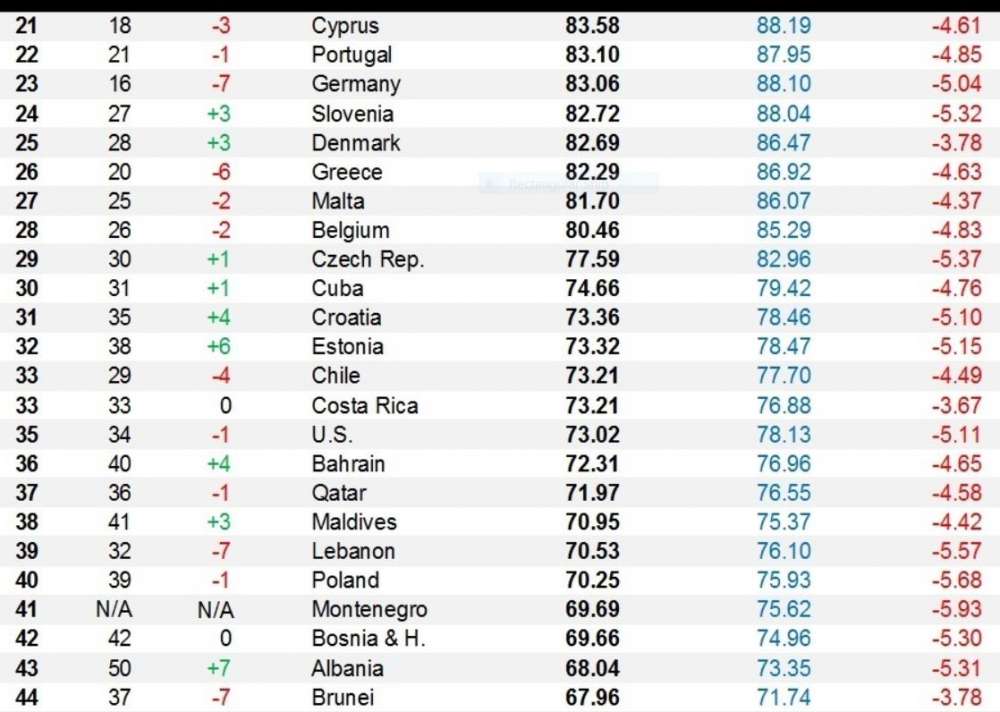