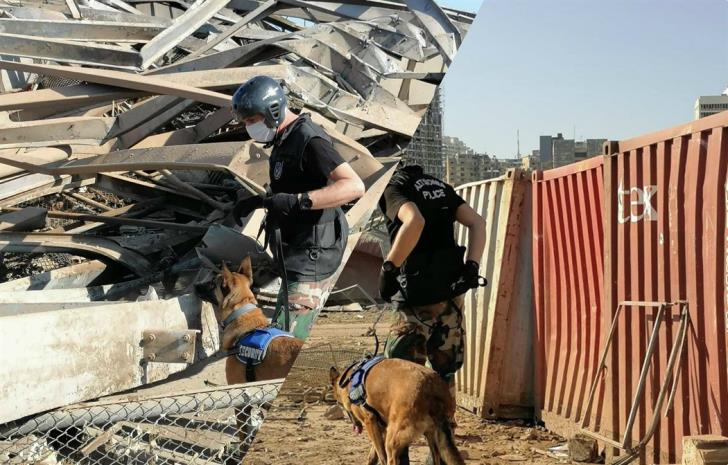 Members of the Cyprus Special Disaster Unit and the Police Mobile Action Unit are on ground zero in Beirut, taking part in the search and rescue mission that continues in the rubble of Tuesday’s massive explosions that killed at least 157 people and injured thousands.

More than 60 are still missing. 120 out of the 5 thousand injured remain in difficult condition.

The police force wrote on its Twitter account that ‘The Cyprus mission in Lebanon made of members of the Special Disaster and Police Mobile Action Units with 8 sniffer dogs, continue a survivor search and rescue mission following the explosion in Beirut, facilitating efforts by the neighbouring countries’ authorities’.