Cyprus still coming to terms with huge weekend fire, damages in the millions 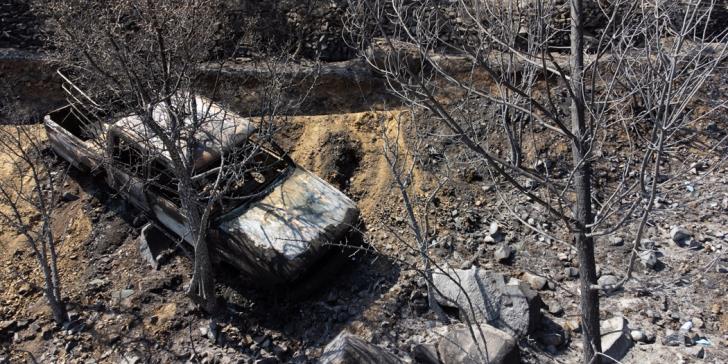 The state on Tuesday was still trying to come to terms with the devastating fire that broke out in Arakapas at the weekend and ended in a terrible tragedy.

Specifically, four lives were lost, scores of homes burnt down across ten communities and 55 square kilometres of land destroyed.

Agriculture Minister Costas Kadis will spend all day on Tuesday visiting each and every devastated village in the worst fire since that of Solea in 2016. At the time, two firemen died during a five-day battle to extinguish it, and over 18 square kilometres of land was destroyed.

In the meantime, the blame game started on Monday that authorities were not prepared enough and that they had not taken on board some recommendations made after the Solea disaster.

The main two complaints were that the government had not purchased two Canadair planes, and that the procurement of an EU-proposed mobile coordination centre was shelved, probably for financial objections.

Even though the loss of life is above all, material damages are estimated to be in the millions considering that some 80 homes and properties in the ten villages the fire was merciless with have suffered extensive destruction.

The recording of damages is still in progress, but initial cost estimates amount to several millions when calculating the damage to crops, the Electricity Authority of Cyprus and other services.