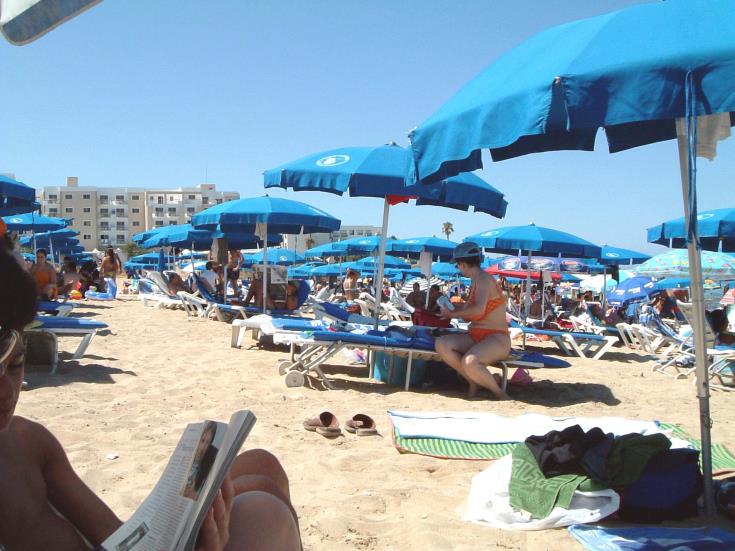 Together with actors from another eight countries, Cyprus’ Environment Department has been acting as project coordinator of European project “BlueIslands” which aims to reduce waste production due to seasonal tourism.

In particular, she notes, “the structural limitations faced by coastal areas on their natural resources and waste management, the fragmented knowledge on the seasonal variety of waste production and the lack of strategic plans to promote sustainable tourism.”

The project which kicked off at the end of 2016 is expected to last three years.

In the project’s context sample collections have been made from beaches and coastal seawater in the eight regions during high and low tourist season.

Although Cyprus has a lesser problem on sea waste compared to the other islands where samples were collected from, it still could benefit “from better management”, the Environment officer notes.

Τhe data base tool stresses the importance of the introduction an integrated and effective waste management plan in line with local regions’ characteristics.

It further recommends placing recycling bins for at least three waste streams of glass packaging, metal packaging and plastic packaging in the study areas in spots where they are not already present.

It proposes that bins for all recyclable materials should be installed at the hotel units and suggests an appropriate source separation biowaste program for the hotel units, in order for these quantities to be collected and processed separately.

It also recommends that ashtrays are placed in public areas such as beaches and outside restaurants, bars, public buildings.

“We hope that the qualititative outcomes from the “BlueIslands” project will contribute in improving policies which have to do with both wase management in coastal areas, as well as the proper management of tourism flows in relation to waste production,” Papanasasiou says replying to a question about what results the Department expects to have from the project.
(Cyprus News Agency)
By In Cyprus
Previous articleDeep 7.5-magnitude quake hits Peru-Ecuador border region
Next articlePolice looking for two people in connection with robbery (pictures)