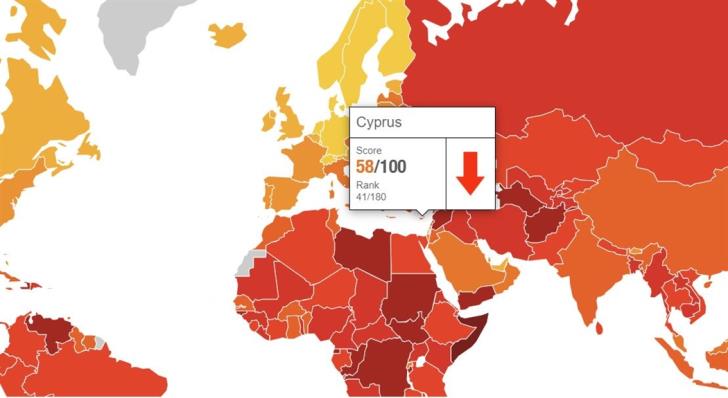 The index ranks 180 countries and territories by their perceived levels of public sector corruption, according to experts and business people.

It uses a scale of zero to 100, where zero is highly corrupt and 100 is very clean. More than two-thirds of countries score below 50 on this year’s CPI, with an average score of just 43. Similar to previous years, the data shows that despite some progress, a majority of countries are still failing to tackle public sector corruption effectively.

Click on the map to see how each country fared.

By In Cyprus
Previous article
On the floor: artistic performance at Leventis Gallery
Next article
UPDATE-MoH reassures the public on China virus outbreak, issues travel instructions