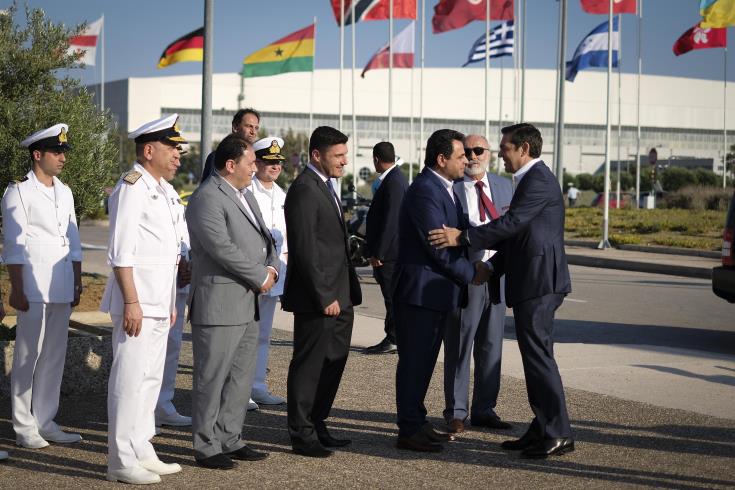 In a press release, the chamber notes that “the Shipping Chamber participated in the Cyprus stand along with the Shipping Deputy Ministry, which was responsible for the organisation, construction and coordination of the Cyprus Stand, and the Cyprus Investment and Promotion Agency.”

“Posidonia”, the press release says, “is considered one of the most important international shipping exhibitions attended by executives of ship-owing, ship-management and other shipping related companies from around the world. According to the organisers, this year’s exhibition brought together more than 1,850 companies, while visitors exceeded 22,000.”

“With its presence at the “Posidonia” Exhibition, the Shipping Chamber is offering the opportunity to its Members to be promoted and at the same time it actively promotes the image of Cyprus as a world class Registry and a leading International Shipping Center,” it adds.

The Shipping Chamber’s delegation also attended a reception, hosted by the Shipping Deputy Minister, Natasa Pilides, in the context of the exhibition, at a central hotel in Athens, on 5 June.

Among the dignitaries who visited the Cyprus Stand at the “Posidonia 2018” Exhibition were the Prime Minister of Greece Alexis Tsipras, the Greek Minister of Mercantile Marine Panagiotis Kouroumblis, and Cyprus’ Ambassador in Greece Kyriacos Kenevezou, the press release concludes.

By In Cyprus
Previous articleAustria plans to shut down mosques, expel foreign-funded imams
Next articleGround breaking ceremony for City of Dreams casino