Within the framework of Operation IRINI, Cypriot authorities seized a merchant vessel transporting armoured vehicles to Libya, in breach of the UN arms embargo.

The incident took place on October 11. One of the European military vessels operating in the Central Mediterranean Sea for Operation IRINI detected the ship on its way to Libya.

Upon Operation IRINI’s request, in accordance with UNSCR 2292, the Netherlands, as the ship’s flag state, gave its consent and, on 11 October, a team was sent to board the vessel.

The boarding team discovered dozens of military vehicles shipped in possible violation of the UN arms embargo on Libya.

In line with the Operation’s mandate, the vehicles were seized and the ship was diverted to a French port.

This is the second time IRINI seized cargo in implementing the UN Security Council Resolution (UNSCR) 2292 (2016) in less than three months. 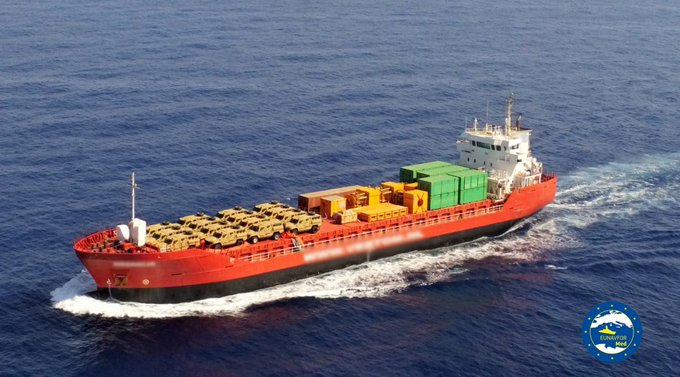 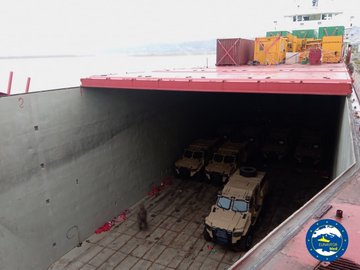