Cyprus second to last in EU in recycling of batteries 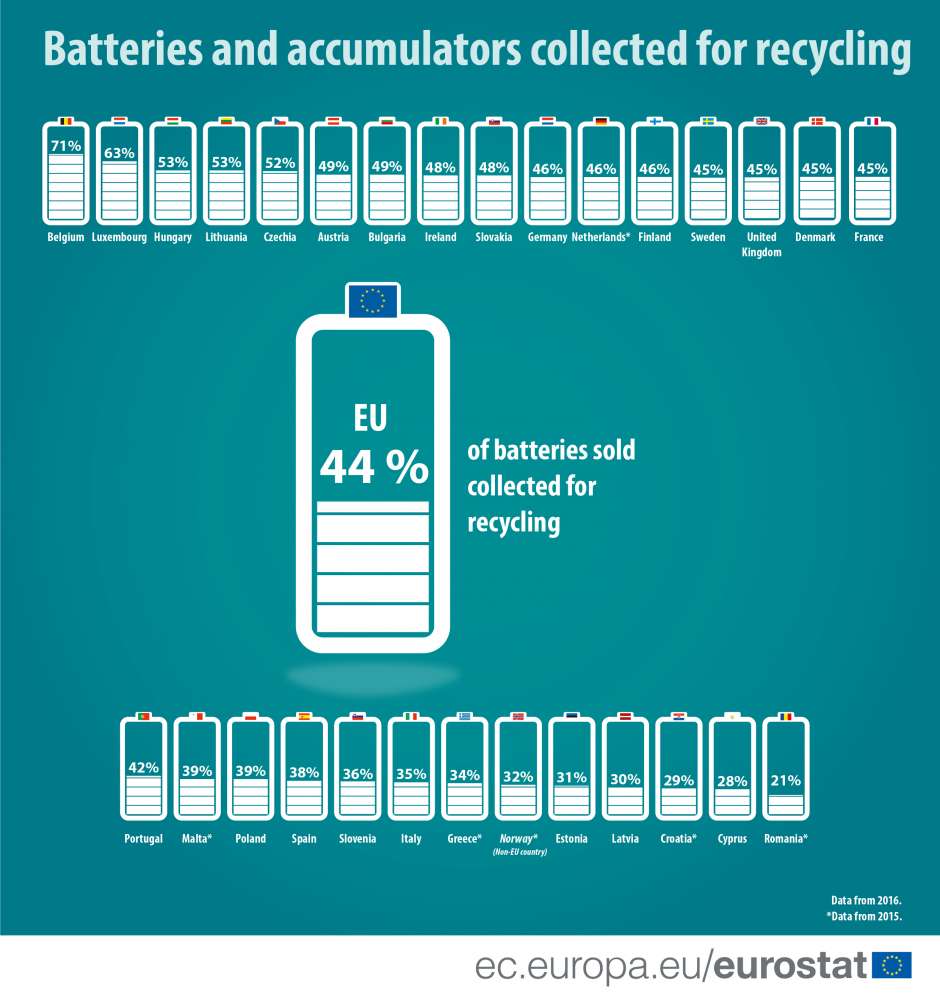 Cyprus was among eight EU member states that did not reach the 45% target set by the Batteries Directive for the collection rate of portable batteries and accumulators.

Eurostat figures released on Monday said that 15 member states reached the 45% target and five did not report a collection rate.

Cyprus was second to last with 28%. Belgium topped the table with an impressive 71%.

Across the European Union as a whole, an estimated 44% of the batteries and accumulators sold were later collected for recycling.

The overall objective of the Batteries Directive is to minimise the negative impact of batteries and accumulators on the environment, thus contributing to the protection, preservation and improvement of the quality of the environment.

By In Cyprus
Previous article
Seeking a bargain, and taste of the good life, Chinese buy Greek homes
Next article
One in four killed on roads under 25