Fires raging across Europe have devastated thousands of hectares of land in France, Portugal, Spain, Italy, and Greece, putting firefighters in the affected countries to the test. According to Eurostat, in 2021, about 365 thousand people were employed as professional firefighters in the EU, representing 0.2% of total EU employment.

Estonia, Cyprus, Romania, and Slovakia (all around 0.4% of total employment) registered the highest share of firefighters in their respective workforces. 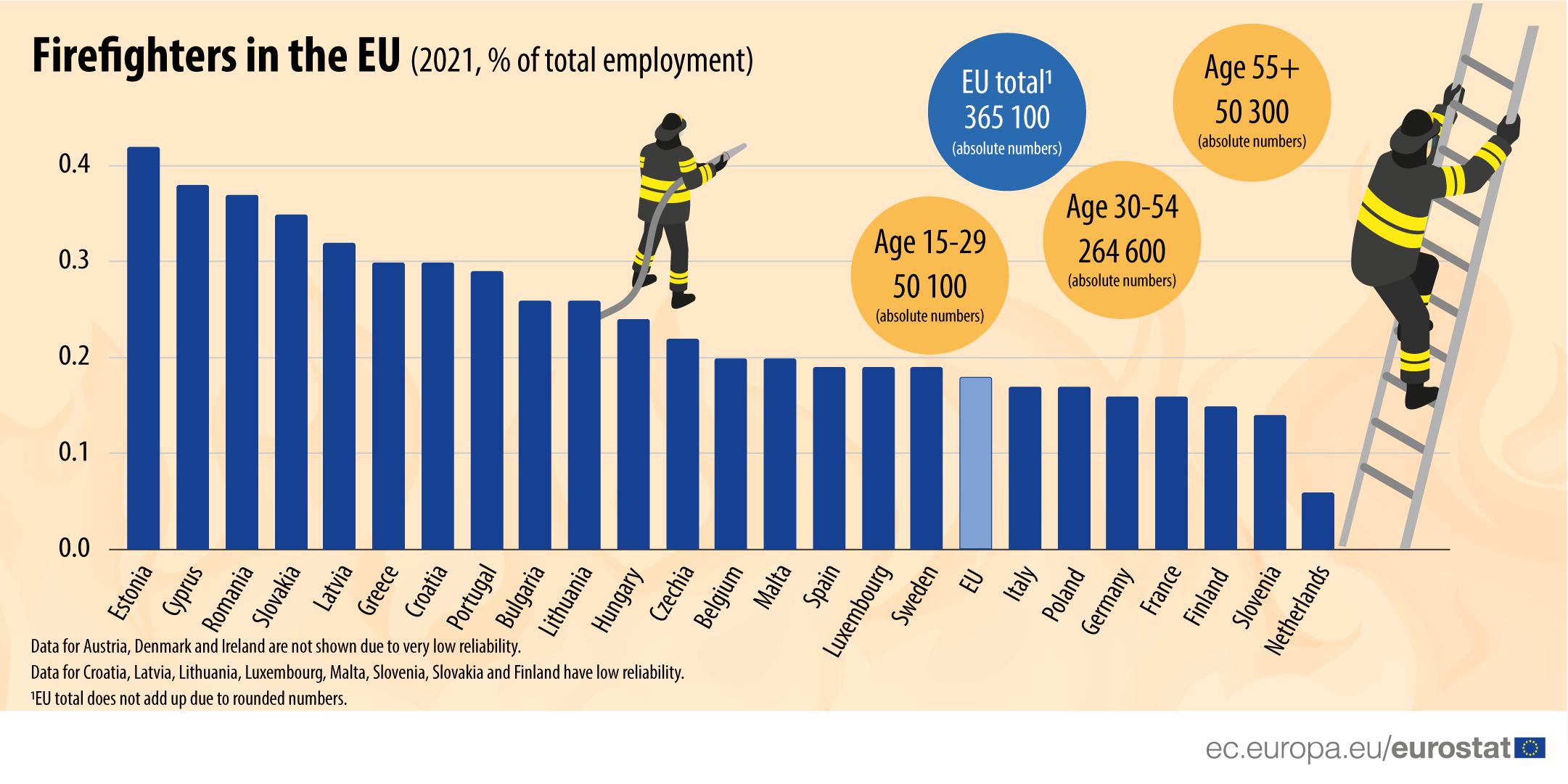 Furthermore, general government expenditure on fire-protection services was o.4% for Cyprus, below the EU average (which was 0.5%). 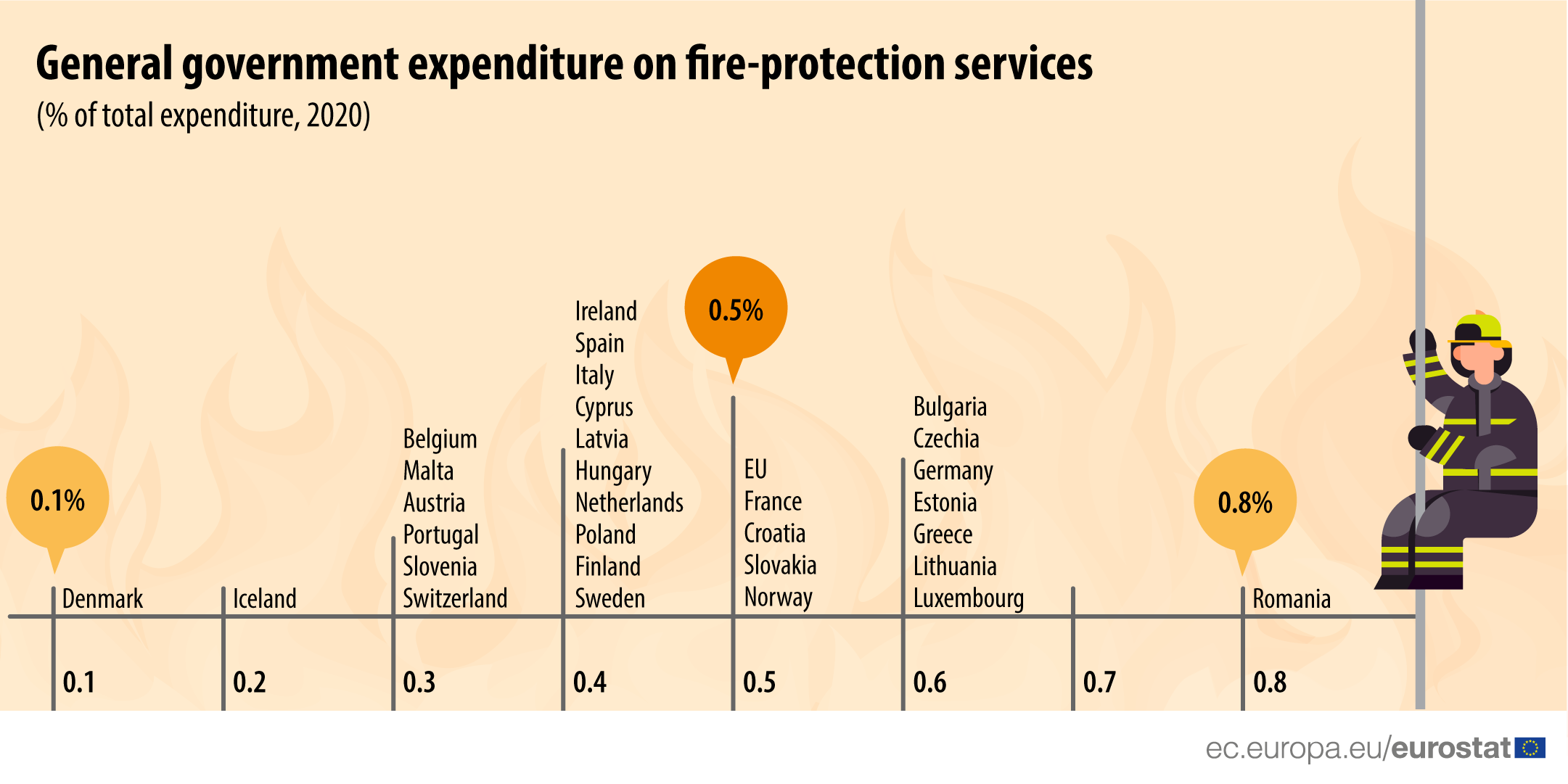