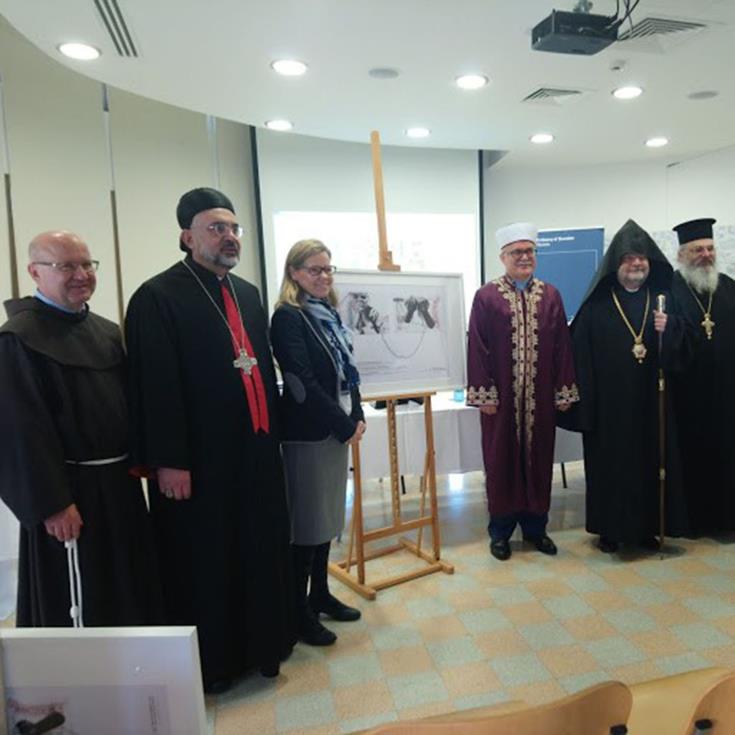 The Religious Leaders of Cyprus that make up the Religious Track of the Cyprus Peace Process (RTCYPP) have jointly expressed their best wishes for the meetings starting in Geneva on Tuesday to end the stalemate of the divided island’s peace process.

And for the UN-brokered dialogue aiming towards the reunification of Cyprus, divided since a 1974 invasion by Turkey, to resume.

In a press release, the religious leaders said the two leaders are “meeting at a holy time for Christians and Muslims; Easter and Ramadan, when we in Churches and Mosques all over our island ask for forgiveness, pray for our neighbour and believe in the possibility for a new life”.

It added: “We assure you that we are following your deliberations closely and pray that God Almighty will guide you at every step and that after decades of conflict, mistrust, division and  insecurity we pray that God will guide you to walk in the path of wisdom and righteousness.”

They also called on the leaders to pay special attention to the living religious heritage of our island and improve possibility to access, use and restore places of worship and cemeteries that have been separated from their worshipers as a result of the decades long unresolved Cyprus conflict.

And they urged them to embark on a common journey of increased cooperation, dialogue, and empathy between the two communities, for memories to heal, trust to replace fear and for hope to grow.

Turkey still occupies the northern third of the EU-member island and repeated rounds of UN-led peace talks have so far failed to yield results.

By Annie Charalambous
Previous articleEven vaccinated individuals can be infected with Covid-19, but symptoms will be mild
Next articleAstrazeneca vaccine’s second dose to be given in eight instead of 12 weeks