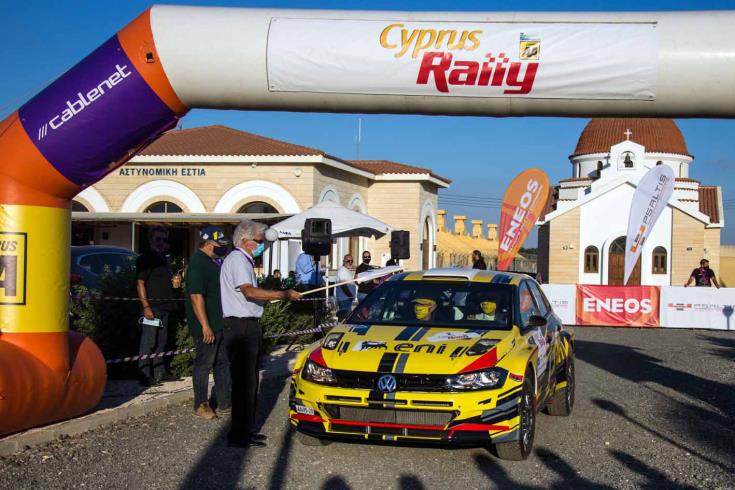 Twenty one crews from Cyprus, Qatar, Oman, Kuwait, Jordan and France are taking part in the 49th International Cyprus Rally which began on Friday and will end on Sunday.

Cyprus Rally is the 4th and 5th race of the Pancyprian Rally Championship (every day is an independent race), according to a press release.

Sunday’s special stages are Cablenet Lefkara and Smartway Analyzing, which will also be done twice, before the Eneos Super Special Stage at Achna Speedway, which spectators will be able to watch. Tickets are on sale at www.soldoutticketbox.com.

Nasser Al-Attiyah from Qatar started first, wanting to achieve the second consecutive victory in the race, the seventh of his career in Cyprus Rally and to be crowned Middle East Champion for the 16th time in his career. He competes with a Volkswagen Polo R5 and is co-owned by Frenchman Matthieu Baumel.

The dominance of Al-Attiyah will be sought by the top Cypriot crews after a total of seven R5 races with the Cypriot flag were at the start.

The race is organized by the Cyprus Automobile Association.